Know the trends that have the most impact on what your company can get, based on industry, size and metric used.

The Alliance of Merger & Acquisition Advisors has complied information from their members on nearly 700 business sale and recapitalization transactions in the lower middle market. Data were submitted by M&A Brokers, M&A Advisors and business buyers. Over the years, these data have appeared in the semi-annual "Deal Stats" report issued by AM&AA. I chaired the committee responsible for these reports.

Here are some "timeless trends" that have emerged from analysis of these valuable data: 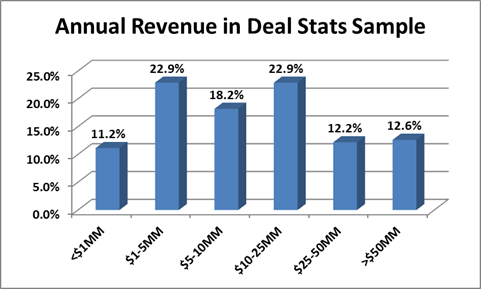 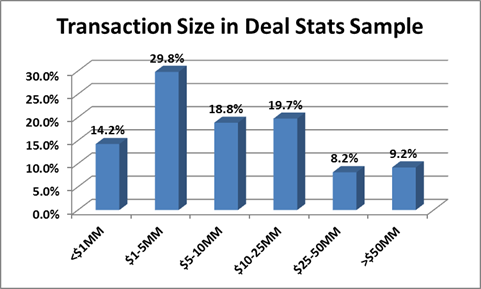 We saw a wide range of multiples across all the done deals. We all know that an average is just a measure of central tendency, and there can often be a wide variation in individual results. This is certainly the case with the multiples attending done deals for small and mid-sized businesses. We see some small companies with less than $1 million in revenue closing deals at more than 10x EBITDA (Earnings Before Interest, Income Tax, Depreciation and Amortization), and we see some large deals for companies with over $50 million revenue closed at less than 3x EBITDA. Yet there are trends. More than half of all the deals reported by AM&AA’s members (57%) were in the range of 3x to 6x EBITDA. Less than 10% of the done deals carried multiples greater than 10x EBITDA. Done deals at less than 3x EBITDA weren’t as rare as those over 10x EBITDA. 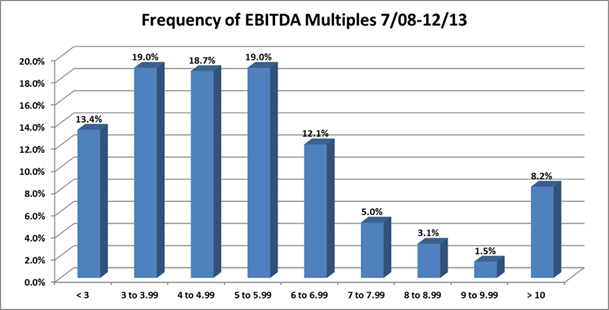 This is basically a somewhat skewed bell-shaped curve that tails off to the right with some relatively rare high-end multiples. Our members visit that high class neighborhood on the right side of the graph (the over 10x EBITDA neighborhood) from time to time, but we spend over 70% of our time in the lower multiple (less than 6x EBITDA) neighborhood where most deals get done. Fully 82% of all of our done deals had multiples of less than 7x EBITDA.

This distribution of done deal multiples represents a timeless trend in the lower middle market and down at the intersection with Main Street businesses. Frequencies can be viewed as probabilities, so there is a better than even chance that any random company in these size ranges will sell in the range of 3 to 6x EBITDA. There’s a 70% chance that it will sell for less than 6x EBITDA, and over an 80% chance that it will sell for less than 7x EBITDA. Some companies will do better, of course, but if we look at the overall market for these private company sales from afar, relatively few companies will achieve really high multiples when they sell. A company has to be pretty special to get a high multiple.

To add to the picture, there are also some distressed companies that will sell for a high multiple of EBITDA, simply because they have very little EBITDA and the value of their assets creates an artificially high multiple. For such companies, the buyers are really looking at the assets on the balance sheet and ascribing no additional value to the earnings of the company. Only a small portion of the deals with multiples over 10x EBITDA were distressed deals like that.

Effect of Deal Size on Multiple

The graph below includes data from done deals in a wide variety of industries, grouped according to deal size (total consideration). It provides a beautiful illustration of the deal size effect in which larger deals tend to have the highest multiples of EBITDA. Some of the big deals had very low multiples and some of the small deals had very high multiples, but on the average this is a timeless trend. The bigger the deal is, the higher the multiple will be. 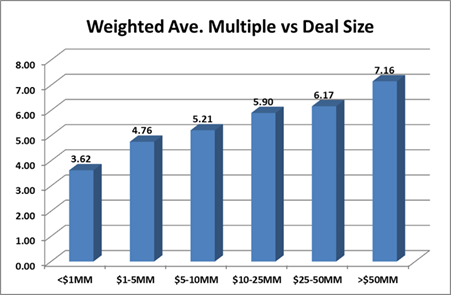 Effect of Revenue on Multiple 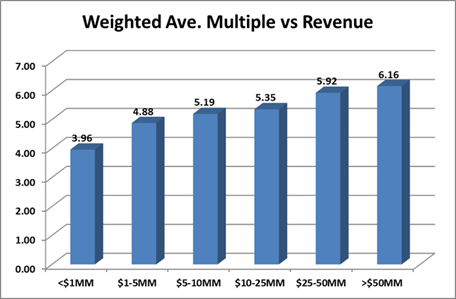 The Reasons for Variation in Multiples

In addition to size, one should add profitability (EBITDA as a % of revenue), growth rate and industry, as well as a number of other value drivers. Our friends at GF Data Resources have done some research on private equity deals in the $10-$250 million range. They’ve seen a size premium, similar to what we see here. They’ve also detected a difference in multiples when comparing companies with above average EBITDA/sales ratio to those below average.

Another factor they’ve looked at for these private equity data is the effect of management continuity, seeing slightly higher multiples when management stays on board after a transaction. A high growth rate can also lead to a higher multiple at closing, but sometimes that extra multiple is realized as a contingent part of the purchase price after the growth is realized, what we call an earnout. Industry can be a factor, but generally that’s the case for particularly hot industries that have a sometimes short-lived surge of demand, or for particularly cold industries that buyers decide to avoid for some reason. Appraisers call factors like these "value drivers".

Applicability of Data to Your Situation

In almost 700 deals covering a range of sizes and multiple industries, there has necessarily been a lot of averaging to come up with these graphs. There’s a natural tendency for someone to want to take these graphs and compare them to a particular company, perhaps one that you own, but there’s a lot of variability from deal to deal. I’ve seen a company with $2 million EBITDA sell for $25 million, while another with $2 million EBITDA might sell for $6 million. How can that possibly be, when EBITDA is the same? It’s because different buyers view things differently and also because EBITDA alone, while a good indicator, is an insufficient measure of company value. A common difference is that one company might be growing and another might be shrinking. Any rational buyer will pay much more for a growing company than for a shrinking company, so the fact that EBITDA was equal for the two companies wouldn’t be sufficient to define their respective values.

One way to look at things is to ask yourself: Is my company average in terms of key factors like revenue, profitability, growth rate, competitive position, etc.? If you think you’re in the middle of the pack, perhaps you can use the company revenue vs. average EBITDA multiple graph to get yourself in the right ball park. If you’re below average in some regard (for example, if you have a lot of volatility in revenue from month to month or year to year, perhaps in a cyclical industry), then you’ll probably be looking at a substantial discount from the average multiple for your size. If you’re in a hot industry or if you have a patent on a necessary product for a strategic buyer, perhaps you’ll be able to command a premium multiple.

One thing we know for sure, the marketplace has the answer. A confidential, but competitive auction process is the way to find out who will pay the most and how much they will pay. Averages, graphs, and valuation models all have their place, but they simply can’t predict with certainty what any one company will sell for. I love talking about all the theories and debating the fine points, but I’d rather be going back-and-forth with multiple buyers, convincing them to sharpen their pencils and bid their very best price and terms. After all, my client isn’t very likely to take the average price from among all of the bidders. The highest price or the best overall deal is likely to win the day. 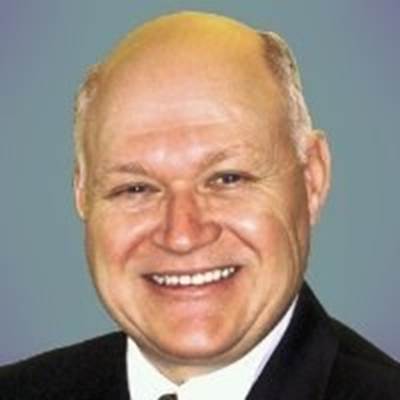 K. Perry Campbell, Ph.D., CM&AA is a Principal at ACT Capital Advisors, LLC and serves on the board of the Alliance of Merger & Acquisition Advisors (AM&AA).

He has managed all aspects of buy-side and sell-side transactions in many industries completing transactions that have totaled over $800 million in market value. Beginning with his first post-doctoral position at Texas Instruments, Dr. Campbell has had a successful business career spanning over 30 years of business management, business ownership, business acquisitions, and business sales.

Podcast: What to Focus on When Selling Your Company, an Interview with Bill Casey