Takeaway: Having a good understanding of the company’s working capital needs is extremely important in a sales process. Invest the time necessary to understand, in detail, the operating cycle of the company for sale.

In an article titled Multiple of EBITDA or SDE: A Car With or Without the Gas (and the Driver), I compare and contrast two levels of earnings, two types of market multiples, and the resulting two quite different valuation conclusions, or the most probable selling price (MPSP).

The metaphor used in that article to represent the business being sold was a car. When the car is priced by applying the multiple of EBITDA method, included in the price is the necessary working capital (gas) necessary to power the car. This resulting MPSP is also the company’s enterprise value. Generally, enterprise value can be expressed as follows:

What my previous article did not do was to provide guidance on how much gas is required - which we’ll call benchmark working capital.

The purpose of this article is to describe a methodology to compute benchmark working capital, which arose out of a 1965 Tax Court case Bardahl Manufacturing Corp. vs. Commissioner (T.C. Memo 1965-200).

The Bardahl case dealt with accumulated earnings tax in a C Corp, and in doing so, provided a formula approach to determine the working capital needs of the company. The case gave birth to what is commonly referred to as the "Bardahl formula" in calculating the working capital required for one operating cycle.

The following example will be used to show how the benchmark working capital computation is made using the Bardahl formula, and what consideration is paid to the seller at Closing.

Assume ABC Distributing Co. is in the process of being sold. The operating cycle for this type of business is the time needed to convert inventory into sales and accounts receivable, and any accounts receivable into cash. When purchasing inventory, the company benefits by using other people’s money in the form of trade accounts payable.

Buyer and seller agree that the total enterprise value for ABC Distributing Co. is $2.3 million - a 4.43x multiple of seller’s normalized EBITDA (Table 1).

At the letter of intent (LOI) stage as shown on Table 7, the total consideration paid to the seller will be $1.54 million in cash, and a seller note of $.76 million (subject to the working capital adjustment at Closing).

Here are the steps to determine benchmark working capital by applying the Bardahl formula:

Inventory Cycle
Plus: Accounts Receivable Cycle
Minus: Accounts Payable (Credit) Cycle
The result is the average operating cycle expressed as a percentage of a year. In this example, it is 18.3%, or 67 days (18.3% times 365 days).

The example assumes that the buyer’s first year’s operations will grow by 3%, and that there will be depreciation and amortization write-offs in purchasing $500,000 of fixed assets, and $500,000 of goodwill (Table 7).

In this example, the buyer and seller agree within the terms of the LOI, that the transaction will be treated as an asset sale, and that the buyer will be purchasing only the inventory and accounts receivable, and assuming the accounts payable; the seller is retaining the cash.

Every business needs some cash in the bank. So when the seller keeps the cash in an asset sale, it becomes a contributing factor that often produces a working capital shortage. At closing, should the actual working capital be more or less than the benchmark working capital, the $2.3 million transaction price will be adjusted upwards or downwards through the seller note.

The actual net balance of inventory, plus accounts receivable, less accounts payable turns out to be only $1.17 million at closing. Therefore, the seller note is reduced by the $130,000 working capital shortage (Tables 6 & 7).

The buyer and seller could have negotiated a "collar" at the LOI stage. Let’s say that they agree that should actual working capital at closing be within 90% and 110% of the $1.3 million benchmark working capital, the transaction price would not be adjusted.

Any difference greater than this collar percentage range requires an adjustment of the transaction price, up or down. If this were the case in this example, the minimum Actual Working Capital would have been $1.17 million (90% times $1.3 million). It turns out that this equals the actual working capital purchased. Therefore, with this collar arrangement, the transaction price at closing would have remained at $2.3 million, and the goodwill purchased would have increased to $630,000. The consideration paid to the seller would have been what was stated at the LOI stage (Table 7).

It Pays to Understand this Concept

Invest the time necessary to understand, in detail, the operating cycle of the company for sale. Having a good understanding of the company’s working capital needs, you will then know if the car up for sale resembles a gasguzzling SUV, a gas-sipping Hybrid, or something in between.

You are then in a position to examine what else is included in the price of the car - the metal, rubber and glass (fixed assets), and the brand, technology and reliability (intangible assets). 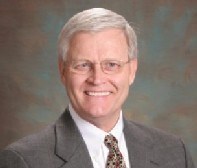 Cash Forecast Excel Tool: In Tough Times, Cash is King
Private Equity Deal Sourcing Strategies in 2019
Three Ways to Sell a Company
Podcast: Why an Entrepreneurial Operating System Can Be a Business Changer, an Interview with Mike Paton
4 Ways to Unlock Cash in Working Capital
Negotiating Working Capital Levels in a Business Sale