Beyond Valuation: Factors Sellers Weigh in an M&A Deal

Learn what matters, sometimes more than the numbers, when it comes to M&A deals.

I am often struck by the way that analysts, dealmakers and investment bankers discount the importance of cultural and personal fit when evaluating the merits of a proposed transaction — especially one that requires the approval of a founder.

Founders are very protective of their businesses and often spurn economically attractive offers for reasons beyond valuation. Would-be buyers need to make a strong case that a deal is in the best interest of the owner’s family and/or the company’s long-term viability. Companies that are controlled or managed by the original founders or descendants of the founder are especially in need of persuading and there is likely to be an inherent skepticism of any offer, especially an unsolicited one.

An Example in the Public Capital Market

Even in the corporate arena, unsolicited bids and even competitive auctions may be rebuffed for factors other than the offer price. For example, Yahoo and Microsoft did not merge largely because Yahoo founder Jerry Yang refused and Microsoft’s Steve Ballmer’s aggressive pursuit of the target failed to win support from Yang, Yahoo Board members or shareholders at large. Considering that Microsoft’s 2008 offer represented a 61% premium over Yahoo’s then share price, it is hard not to assume that personal reluctance by Yang to sell factored into the rejection of the bid. Ultimately, Yahoo rebuffed the offer because Yang and his Board believed that they would be better off going it alone, rather than merging with Microsoft — although it’s worth noting that Yahoo made overtures subsequently to invite a second offer from Microsoft.

Jerry Yang was pilloried for refusing to take the deal at the time, but given that Yahoo’s share price has surpassed the Microsoft offer, there may be some merit to Yang’s insistence that Microsoft was undervaluing the company he created. Regardless, the technology would certainly be different if Ballmer’s Microsoft had successfully managed to entice Yahoo and its Board and relieve their reservations over the deal. Read more about this deal here.

In smaller, more personal deals, where a founder is still actively managing or at least overseeing the company, buyers and sellers face less public scrutiny and pressure than in large corporate mergers. This places the emphasis on executive-to-executive communication, rather than public overtures such as the poison pen or a public plea on CNBC. In these more private interactions, the seller has the opportunity to clearly make its case for an acquisition. There is a great deal of attention paid to cost savings, synergy, growth and the EBITDA multiple offered, but these factors are only part of the puzzle. I know many executives who prioritize other considerations that an investment banker or private equity executive might overlook or at least discount in favor of financial terms. These issues include:

An unsolicited bid may take a private business’ founder by surprise and disrupt succession plans that have been in the works for years, even decades. Buyers who ignore the family’s history and long-laid future plans will face an uphill challenge in completing the deal, as family members with expectations of running the company will work against the deal. Successful buyers go to great lengths to assuage concerns that the family will be completely removed from the company and may offer to include the family member(s) in the company’s executive management or Board.

There are countless stories of founders that sold the family business under structures that were inefficient for the sellers. Many founders are wary of a sale because they want to avoid: Huge, unexpected tax bills; inadequate wealth for the family’s long-term needs; mistimed sale; undervaluing the company; and other mistakes. A founder is usually the patriarch or matriarch of the family and feels responsible for ensuring that immediate family members and future generations benefit from the transaction to the greatest degree possible. The best investors I know have a gift for structuring deals carefully with full consideration of the family’s concerns and even for future generations. If there is any doubt whether the deal may expose the family to a surprise tax penalty, cuts the family out of future gains or undervalues the company in any way, the owner will likely lose sleep until he or she ultimately nixes the deal.

Giving Your Daughter Away

A founder of a food business compared the experience of selling his company to giving his daughter away. He felt uncomfortable parting with the company because he had invested significant time and energy into building it. In some ways, the company represented his life’s work and he wanted to make sure that even if he sold his interest, the next owner would be just as passionate about the business. This may seem odd if an owner has sold his entire stake in the company, but many employees stay on through the deal, the founder’s name may still hang on the door and there are a number of other ties binding the founder to the business even after a sale. Buyers should keep in mind the personal attachment felt by an owner and take care to assuage any concerns about how the company would be managed post-closing.

Many founders are waiting for a successor — whether from within the family or outside it — who shares their ambitions and vision for the company. For too many owners, they are left waiting for decades before the perfect fit comes along. Ideally, the successor is within the family, but often the offer comes from a rival, investor or an entrepreneur looking to carry on the owner’s legacy. I have heard many times from owners that they would be willing to take less from an acquirer that was the perfect match over a higher bid from a less suitable buyer. It can be hard to build rapport with an owner, but great investors will go to exceptional lengths to visit with the owner, share their personal stories and demonstrate why they would be a great candidate to buy the business.

In the end, buying and selling a business is about more than EBITDA multiples, after-tax proceeds and other financial considerations. Any deal involving an owner or committed management team is about the legacy of the business, the years of personal investment in building the company and the continuation of that tradition under new ownership. 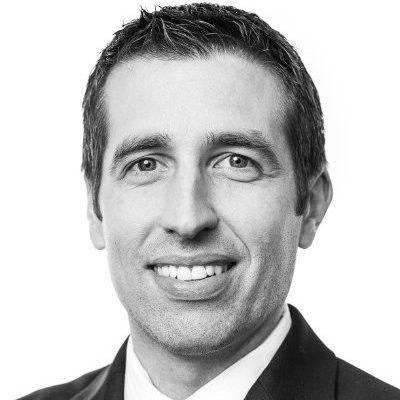 The Benefits of Effective Due Diligence for Investors and Business Owners