One of the biggest fears when sell a business is breach of confidentiality. You never want your employees, customers or competitors to know before the time is right. Here are four tactics to manage confidentiality in a mid-market business sale.

Many business owners we work with when selling a company express deep concerns about maintaining the confidentiality of the M&A process: “If my competitors learn that my business is for sale, they’ll tell their sales force and all my customers will know.”

This is a concern with which I’m painfully familiar. When selling my family’s fifth-generation manufacturing business a decade ago, I first learned the sale was no longer a secret when a reporter called me on December 24th seeking my comments for a story they planned to print on Christmas Day. Ouch!

But in fact, sellers’ concerns about confidentiality are often overstated and my own experience is the exception that proves the rule. Let’s look at the sale process and ways qualified advisors work with sellers to protect confidentiality:

Effectively Use Teasers and NDAs

When selling a business a no-names one-page summary of the business and the acquisition opportunity, a so-called “teaser” is initially provided to prospective buyers. Advisors should strike a balance in drafting the teaser, including enough detail to interest potential acquirers but not enough detail for the recipient to reverse-engineer the identity of the company. After reading the teaser, any buyer interested in learning more must sign a confidentiality and non-disclosure agreement (NDA) before receiving a confidential information memorandum which identifies the business for sale and describes it in detail so that potential buyers can prepare well-informed offers for the business.

Although an NDA is a legally enforceable contract, some will say an NDA is only worth the paper it’s printed on. I’d say it’s worth the integrity of the company and the individual signing the NDA, and in most cases – but indeed not all – the signer’s integrity is sufficient assurance and confidentiality is maintained.

But what if that first line of defense with teasers and NDAs is breached and your management team finds out you’re selling the company? In our experience, the best way to address this concern is to tell them up front. Bringing your senior managers into the tent has a number of benefits:

Chris Hoch, the former owner and president of our client National Fiber, offers his perspective: “From the beginning I had some concerns about whether or not I should tell my management team. I was concerned about confidentiality, and I was also concerned about how they would react to my selling the business. Mirus gave me some great suggestions on how to handle that. They advised me to get the team involved from the beginning, which I did, and they helped me devise an incentive plan for the management team which made sure the team’s interests were aligned with mine. It kept the team involved for the entire process and they were interested in selling the business and helping me achieve this goal, so it was very helpful what Mirus did.” Here are Chris' full comments:

Hold Off on Reaching Some Buyers

In cases where your closest competitors could truly harm your business if they learn it is for sale, we often recommend a “hold list” of those companies to be contacted only at the very end of the sale process and only after we’ve already generated other potentially acceptable offers.

Mirus used this strategy when representing Beckwith Elevator, a leading elevator company serving the Boston market. Beckwith’s union laborers also often worked for Beckwith’s direct competitors so it was vital to prevent disclosure of the potential transaction. After generating strong offers from other bidders, we contacted the seller’s direct competitors and quickly sold the company to the Otis Elevator division of United Technologies – and at one of the highest relative valuations ever reported for an elevator company.

If all else fails to protect the confidential fact that your business is for sale, and customers or employees or vendors press you for details, the best line of defense is often the truth: “Yes I’m selling the company. I’m approaching retirement and much of my personal net worth is invested in this business. In order to live the retirement I’ve planned for, it’s time to transition ownership and management of the company to others, and I’m working with qualified advisors to ensure the best possible outcome for the company, its customers and myself.” In all likelihood, you’ll be pleasantly surprised by others’ acceptance of your news. 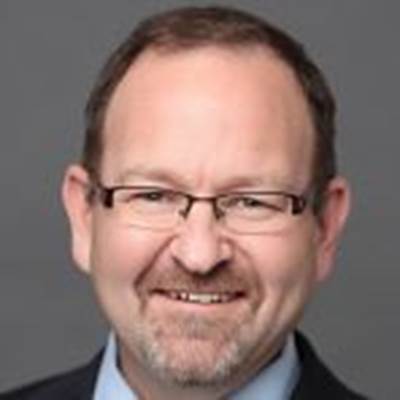 Andrew is a Partner at Mirus Capital Advisors. He is an accomplished investment banker with significant experience executing sell-side and buy-side M&A, leveraged buyouts, and private placements of debt and equity. A trusted senior advisor to closely-held corporations and family businesses, Andrew brings to his clients a diverse toolkit of transactional, executive and legal skills honed through his work as an intermediary and his prior experience first as a lawyer and then as the fifth-generation CEO of his family's food manufacturing business.
Read Andrew Crain’s bio

Podcast: the Impact of Culture on Business, Interview with Sherry Deutschmann

Who Is the Right Buyer for Your Business?