How to Double the Value of Nearly Any Business

A framework for increasing the value of any business by transforming it into a thriving, turn-key operation.

It’s a common adage that every business should be built so that it can be sold. One of the rare certainties in business is that an owner cannot stay at the helm forever. But few owners actually take this to heart. And those that do often leave it to the last minute… an afterthought as they head out the door to retirement.

Of course at this point it’s too late to do anything substantial about it, often causing sellers to leave millions of dollars on the table that should have been in their pocket.

Simply put, a sellable business is a valuable business. So a daily focus on value creation is key to the achievement of almost any business goal. Whether an owner wants to buy their competitor, franchise their operation, or sell the company to their management team, they need to first build a highly valuable organization.

Ultimately, every business draws its value from its intellectual capital, not from the size of its inventory. Products don’t have value, benefits have value, and benefits are intangible. For example, you don’t go to the store to buy a drill bit, you go to the store to buy a solution for making a hole. If someone gave you a better option than a drill bit for making a hole, you’d take it instead, because the product itself holds little value to you. It’s the solution you’re interested in. It’s the solution you’re willing to pay for. The same is true for your business. From a buyer’s perspective, your business is a money machine. And the more effectively it does its job, sitting in the corner pumping out hundred dollar bills, the more it is worth.

If the real value in a business is in its intellectual capital, how do you increase its value? You need to capture and maximize that intellectual capital in a way that is sustainable and sellable. The challenge is, in the majority of businesses, most of this value is stored inside the heads of a few key people. So we need a method for getting it out of those heads and bringing it to life within the business itself.

In broad terms, your intellectual capital is reflected in your goodwill value. You can think of this as the “net value” of your business. In other words, it’s the value of your business, over and above its liquidation value (the amount you could sell your tangible assets for). A company’s goodwill value is where most of the opportunity for growth resides.

Because goodwill typically has minimal liquidity (meaning it’s hard to sell in and of itself), it represents a buyer’s greatest risk factor. Therefore, one of the chief concerns of a prospective buyer is how long it will take them to reimburse themselves for the goodwill they purchased, using profits (discretionary earnings) from the company. When all is said and done, the value of a business is usually based on two primary variables. The amount of its discretionary earnings and the length of time those earnings are likely to continue once the business has changed hands. The greater the certainty, the lower the risk. As with all investments, a buyer will typically look for a greater return on their investment when the risk is perceived to be higher. Conversely, all other factors being equal, a buyer will be willing to pay more for a business when the risk is perceived to be lower.

The good news is, given a little time, we can significantly improve these risk factors, increasing the value of nearly any business as a result, often by as much as two or even three times.

The Value Pyramid is a model for increasing the value of any business by transforming it into a thriving, turn-key operation. It visually represents the four stages of operational maturity that a business must move through in order to increase its goodwill value, while simultaneously decreasing its operational dependence on the owner or key management.

A new business springs to life from the ideas and imagination of an individual, or a group of individuals. So naturally, at its inception, a business is like a young child that is dependent on its parents for absolutely everything. This can be described as an Owner-Driven Business, and it represents the lowest level of the four business maturity stages on the Value Pyramid (see image) because all of the goodwill of the business, that is all of the intangible value over and above the value of the assets, is tied directly to its owner. If you were to remove the owner from the business, it would have no value in and of itself, because the business is unsustainable. It's ironic that the owner, who is the main reason the company exists in the first place, becomes the biggest limiting factor to its growth.

As a business grows and matures, it takes on key people who fill major roles and become part of the driving force of the business. This is called a People-Driven Business. On the Value Pyramid it is assessed a higher value than an Owner-Driven Business because the business is no longer dependent on one person. And yet the goodwill of this business is still tied up in a few key people. It only takes one of these key people to leave, and the business can regress, becoming an owner dependent once again. People-Driven Businesses are also exposed to a certain amount of risk. For example, if a key salesperson leaves, he may take his customer relationships with him, or at least give customers a reason to start looking around for other suppliers.

The next maturity stage is a System-Driven Business, wherein operating systems and metrics allow key people, even the business owner, to step away from the business while it continues to function successfully. A System-Driven Business is positioned to grow or sell, and is more attractive to investors because it can run on its own. For example, finding and hiring great people, generating new business leads, and building your products are all tasks that can be measured and maintained through documented systems.

The outcome of all of this is an “investment grade” business. This is a business that is ready to sell for maximum value when the right buyer comes along, but not under any pressure to do so in the mean time. 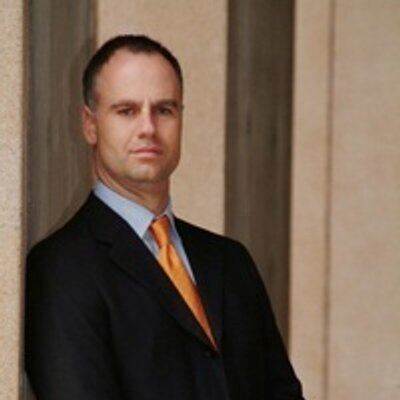 Mark is President and Founder of Wardell International, an advisory group that helps design and implement growth plans for SMEs, as well as ManagementDriver.com – a Performance Management Software that enables a business to monitor progress towards company objectives. The author of seven business books, Mark also writes regularly for several national business publications, including Profit, The Globe & Mail, and CGA Magazine.