The Four Stages of an Exit

I can’t say definitively why such melancholy [after an exit] afflicts some former owners and not others. Circumstances vary from case to case, after all, as do the personalities, predilections, and psychologies of the individuals involved. What I can say is that the longer people have spent preparing for their exits, the less likely they are to experience these problems. It’s not just a matter of putting in the time. It’s also about successfully navigating the four stages of the exit process:

Of course, every company, every owner, and every exit is unique, and these stages unfold differently for different people. For some former owners I know, the transition phase has been excruciating; for others, it has been quick and painless. One owner described the deal stage as “a nine-month dental extraction”; another recalled it as “fun, exciting, educational, exhilarating.” Some entrepreneurs spend years figuring out how they want to leave; others seem to know the answer intuitively. Still others simply skip that stage— and later pay the consequences.

There can also be overlap between the stages, especially the first three. Smart entrepreneurs, for example, always build a business today so that it could be sold tomorrow (stage two) whether or not they’ve decided exactly how they’d like to exit (stage one). Nor is it uncommon for owners to go through the process of negotiating the sale of the business (stage three), only to back off at the last minute, take what they’ve learned, and revise their strategic plans (stage two) accordingly— perhaps with a different view of where they’d like to end up (stage one). The only stage that very rarely allows for reprises is the fourth one, the transition phase. Hence the importance of getting the first three right.

That begins with understanding what the possibilities are. There are more than most people imagine. Let’s assume your preference is to sell the business rather than liquidate it. A key question is, whom would you sell it to? A family member? A third party? Employees or managers? The public? With each type of buyer, moreover, there are dozens of potential variations. Take the third-party option. Would you prefer to sell to a private equity firm, an individual looking for a promising business opportunity, a competitor, or a large company seeking to expand its market or its capabilities? Would you want to remain with the company afterward or get out? How important is it that a buyer be committed to preserving your company’s culture? What long-term aspirations, if any, do you have for the business? How concerned are you about the effect of the sale on your employees? Are you looking to leave a legacy, and if so, what kind? Would you accept an earnout, with a portion of the sales price being determined by the company’s performance after the sale? And on and on.

Sooner or later, all such questions will have to be answered. How you answer them will shape the type of exit you have. The more you’ve pondered them, and the more you’ve found out about other owners’ experiences and weighed them against your own inclinations, the clearer you will be about what you want and the likelier it is that you’ll be happy with the result.

To be sure, you may already have the answers. Some owners, after all, have an exit plan in place before they even get started. Others take on investors whose need for a so-called liquidity event (usually a sale to a third party; sometimes an initial public offering) puts the matter squarely on the table. Still others view themselves as investors and the businesses they buy or start as investments, pure and simple. For them, the whole idea is to maximize a company’s value and then sell it. But such people are a distinct minority. In my experience, they are far outnumbered by founders and owners so busy coping with the current challenges of running their companies, or working to reach the next level, or simply hanging on from day to day, month to month, and year to year that they don’t take the time to think about, let alone prepare themselves and their companies for, their inevitable departure.

If you’re lucky, you can get away with it. Like Ray Pagano [founder of Videolarm], you may be able to go for years, even decades, without giving much thought to the issue and still have the opportunity at the end to make the adjustments needed to orchestrate a graceful exit. But you’ll be taking a risk. The journey doesn’t always end when you want or expect it to. I’m not referring here to the proverbial danger of being run over by a bus. That risk always exists, and prudent companies have contingency plans in place to deal with it. Contingency plans are different from exit plans, however. The former are needed to protect the people left behind. The latter protect the owners, whose life doesn’t end, after all, with the sale of the company. Indeed, the hardest part of the exit is seldom the sale itself. It’s usually what comes afterward, in the transition stage, when you enter the next phase of your life and have to live with the consequences of the decisions you’ve made.

For Ray Pagano, those consequences were mostly good, in part because he’d been so clear from the start about his goals. By the time he began preparing for his eventual departure, he knew exactly what he wanted: a life after Videolarm in which he could do everything he’d been putting off while he built the company. He had a mental vision of that life, and aside from the boat and more time with his family, it included peace of mind about the manner of his leaving. “I always felt that, if it was possible to walk away and feel good, that’s what I wanted,” he said.

Everything he subsequently did flowed from that vision. It dictated not only the changes he made internally but the kind of deal he was willing to do, the terms of the sale, and the type of buyer he was willing to sell to. “More than once, I heard him say, ‘I will not sell if my employees are not going to be treated as well as they are now,’” said Janet Spaulding, the controller. “I saw it. He put it in writing. ‘This is my family. I want them treated well.’”

The clarity of Pagano’s vision did not save him from feelings of loss, as well as liberation, in the months after the sale. Those feelings are, if not inevitable, then extremely common, particularly if someone has been deeply involved in running the business for a long time. They were far outweighed, however, by the sense of accomplishment Pagano felt after a lifetime of entrepreneurship and his gratitude that his former employees were thriving under their new owners. As a result, he was spared the kind of regret that can cloud any exit and make any transition extremely painful. Others are not so fortunate. But if you’ve prepared yourself emotionally — if you’ve figured out who you are, what you want, and why , and if you’ve made your decisions accordingly — your transition can be as smooth as Ray Pagano’s.

Divestopedia Editorial Comments: Finish Big is an extremely important book for all entrepreneurs. Bo has achieved yeoman's work to capture the thoughts, fears and ambitions of company owners related to the ultimate exit of a business. 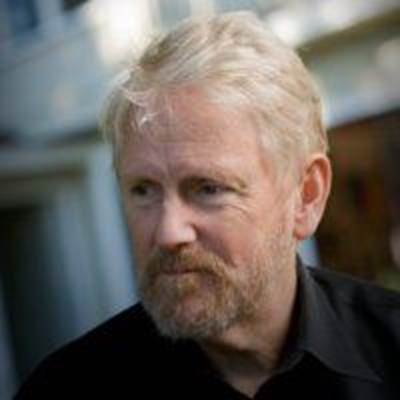 Bo Burlingham is an editor-at-large of Inc. magazine and the author of five books,the most recent being Finish Big: How Great Entrepreneurs Exit Their Companies on Top (Portfolio/Penguin, 2014). A previous book, Small Giants: Companies That Choose To Be Great Instead of Big (Portfolio/Penguin, 2006), was one of five finalists for the 2006 Financial Times/Goldman Sachs Business Book of the Year award.
Read Bo Burlingham’s bio