Mid-Market Report: Factors Driving M&A in Q4 2015 and Beyond

Takeaway: A summary of Firmex's report created in collaboration with Mergermarket on mid-market M&A projections for 2015. By polling M&A professionals from across North America, we analyze the key trends in dealmaking that will have a major impact on M&A.

Firmex has recently released the second report in our series, “Mid-Market: The Crux of North American M&A.” By polling a panel of five industry leaders and using data provided by Mergermarket, they examined major trends in deal making for Q3 2015 and looked at what to expect in Q4 and beyond. Questions included:

The findings show that while deal flow has taken a slide since the first half of 2014, the North American economy is set for an increase in activity by the beginning of 2016. This primarily comes from companies using M&A to grow, as well as mid-market companies becoming increasingly sophisticated and competing on the level of bigger companies. The report also shows PE slowing down far more than expected in the wake of a large jump in activity from corporate strategic buyers.

Overall, though, the report found conditions favorable for M&A activity in the middle market as long as companies increase their focus to meet the competition. This is especially true in the technology, media and telecommunications sector, which has led 2015 so far with $14.3 billion in deal value.

According to the panelists, tech companies will continue to be the leaders in the mid-market into 2016, with larger companies looking to buy up talent and innovation relatively early in their development. As Cornell Wright, Co-Head of M&A Practice at Torys LLP, says, “The main thing here is innovation. Companies face a real pressure to innovate in today’s changing world. With this in mind, large companies are buying smaller firms to enhance their technological know-how and accelerate growth.”

Read the full report and its statistics online here or download the PDF here.

Steve Sapletal, Director at West Monroe Partners, continues, “A lot of mid-market tech firms are nimble, and in some cases have carte blanche — they are given time to develop products and make their name. A lot of bigger companies are looking at them for expansion. For instance, when larger biotech firms were after smaller ones, it was about getting their R&D. Big companies can often have a stifled R&D and, so naturally, look to smaller firms who often have room to maneuver in that space.”

However, Josh Benn, Managing Director of Duff & Phelps, sees the possibility of a new tech bubble forming. “Currently, tech happens to be bubbling,” he claims. “I won’t say there is a bubble, but some of the valuations that are being achieved by new pipeline tech companies are astounding and are starting to become reminiscent of the 2000s.”

One of the factors that could shake things up in the coming year is a major demographic shift, which will see baby boomers reaching retirement and looking to sell their businesses. According to the panelists, this has started recently and may increase dramatically over the coming years. Cornell Wright identifies the “aging population” as “the first” and “least intuitive” factor affecting M&A in 2015. “The baby boomer generation is nearing retirement and they are looking to monetize their assets by selling their businesses,” he said. Josh Benn expands on Wright’s reasoning, adding, “As Cornell said, you also have a lot of aging baby boomer owners of businesses that see this market as being very receptive. Valuations have been strong as a result of the substantial liquidity that’s out there both within the debt financing markets as well as the private equity community and on strategic buyer balance sheets. Financial and strategic buyers have both been active. The organic growth environment overall is still somewhat challenged, so a lot of companies need to consolidate other businesses into their businesses in order to drive earnings growth. These strategic buyers want to deploy that cash toward things that are driving earnings growth as opposed to reducing the number of shares or giving cash back to shareholders.”

All panelists also agree that the massive influx of capital from the Asia-Pacific region, especially China, has been one of the biggest factors affecting the market in 2015 and will continue as a major force indefinitely. Asia-Pacific has led the world in M&A volume and value in 2015 by a long shot, with $92.1 billion over 1,323 deals compared with North America’s $61.7 billion and 885 deals. Overall, Asia-Pacific has accounted for 40% of the world’s deal value and volume, compared with North America’s 27% and Europe’s 25%.

This can be attributed to a variety of factors and goals in multiple regions. Cornell Wright sees firms from the region, especially Japan, as “seeking to diversify and acquire technology and intellectual property.” As Josh Benn elaborates, this impulse extends to Chinese companies looking to acquire American brands. “American brands are generally well regarded around the globe and so for foreign companies to be buying businesses in the US, it’s a safe place to be parking their resources,” he says. “In a lot of cases, they can export the brand back to the countries where they’re headquartered. It’s almost a double benefit to them.”

Additionally, the panelists pointed to numerous companies moving, or “reshoring,” their operations from China and India to North America. “Countries such as India are also buying here for technology,” says Steve Sapletal. “This is a complete role reversal. Before, US firms often outsourced to countries such as India. This trend has now reversed. Onshoring is the new offshoring. Similarly, places such as Hong Kong are looking to the US as a way to lower costs. That is a dramatic shift from five to ten years ago.”

Read the full report and its statistics online here or download the PDF here. 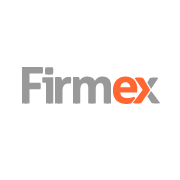 Firmex is a virtual data room (VDR) company headquartered in Toronto. Hundreds of thousands of deal professionals open over 10,000 new data rooms with Firmex every year to securely share their highly confidential documents. Firmex virtual data rooms are easy to setup and use, and their innovative features and customizable security options ensure an outstanding user experience.
Full Bio

How Targeted Should Your Sale Process Be?
Business Valuation Excel Template: 10 Simple Steps to Success
The Value of a Valuation
Cash Forecast Excel Tool: In Tough Times, Cash is King
Private Equity Deal Sourcing Strategies in 2019
Three Ways to Sell a Company