Learn these 7 paradoxes to mid-market M&A dealmaking and ensure a higher success rate for your future deals.

Over the past 25 years I have seen hundreds of people fail to earn a living in the M&A industry. Probably 80% left without making any money, mainly because they approached the effort as if M&A is a business. That mistake was fatal. M&A is not a business; rather, it is a sport. It’s much like big game hunting, in fact.

Along the way, I discovered that M&A is defined by paradoxes. Beyond the majority of business owners who believe their businesses are worth double what the market will pay, these paradoxes make it extremely hard to earn a living.

The following are the paradoxes that have cost me the most money.

I mentioned this above, but now want to give a recent example. Within the last year we were selling a medium-sized businessin which the owner declared: “You bring me a $40 million all-cash offer and I will not only immediately take it, but I will also kiss your #@$ in the main square.” Within three to four months we brought him a $60 million all-cash term sheet. He considered it for a moment, then said: “Now that I know my business is worth that much, I think I’ll keep it.” Never missing a beat, I said: “Do I still get my kiss?”

#2: Companies that need help the most are the least willing to pay for it

Dealmakers are at great risk when they save companies from some great disaster. Not only won’t the saved appreciate it, they likely won’t even pay what they owe. And don’t even think about a savior premium.

#3: A deal only starts once it has died

The typical deal dies at least three times. Only the will of the buyer and seller can see a deal to conclusion. And the desire to close had better be about equal.

#4: The larger the deal, the easier it is to close

The easiest deals to close are the "more-than-million-dollar-fee" deals. These deals are surrounded by real professionals, plus the owners tend to be real business people. Conversely, it takes an act of Congress to close a deal with a $25,000 fee.

#5: The more you care about a deal, the less likely it is to close

Few MBAs are great dealmakers. Most of them have the mistaken notion that income statements and balance sheets drive deals. Au contraire. Give me a high stakes poker player as a dealmaker any day of the week. I’ve been playing big time cash poker for a couple of decades. That experience taught me that the winner isn’t the person with the best cards; rather, it’s the person who cares least about the money.

#6: The best referral sources also have the most to lose by making the referral

CPAs and lawyers are likely to lose a client once the company is sold, so they don’t have a tremendous incentive to promote the selling process.

#7: Dealmakers can do everthing right yet still come up empty

Every failed dealmaker thought they were overly important to the selling process. The most important variables are beyond the control of the dealmaker. For example, things like motivations of the seller/buyer; financing availability and costs; changing market conditions; and the savvy of the professionals working on the deal are not controlled by the dealmaker. Closing percentages are probably similar to baseball: dealmakers can make it to the hall of fame by closing around a third of the deals they undertake.

M&A dealmaking reminds me of the scene when Butch and Sundance are being chased by the tireless posse. Finally, the protagonists are boxed-in and their only chance to escape requires a jump from a high cliff into a raging river below. The Kid won’t make the jump, finally admitting that he can’t swim. Butch laughs, and says: “Can’t swim? The fall will probably kill you!”

Yeah, Butch, and so will the paradoxes. 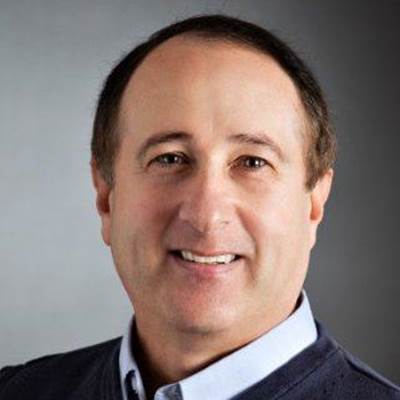 I’ve owned dozens of private business interests and have written a handful of books and hundreds of articles on value creation. But it wasn’t until I started mentoring owners on entity value creation that I figured out what it really means to work smarter.