How to Retain Key Employees During a Sale Process

It’s important to incorporate incentives to harness your deal team’s commitment to the successful sale of your business while minimizing uncertainties during this transitional period.

This article is co-authored with Paul Pittman: Founder and president of The Human Well, fellow of the Institute of Administrative Accounting, and an accountant by training. Paul has more than 25 years of experience in international Human Resources including leading the Canadian Human Capital consulting practice for a major professional services firm. He has also led the HR teams in an $8 billion acquisition in 55 countries and a $12 million IPO with the task of identifying $20 million of savings from a global rationalization of HR activity.

Transitioning the ownership of your business is a significant undertaking that requires help from key members of your management team. As your sale process progresses, buyer due diligence will become more broad and the number of people on your internal deal team will increase.

Keeping the key members of your internal deal team focused and motivated during a stressful and uncertain time can be a real challenge. Employees will quickly make assumptions as to their likely personal outcomes from your transaction process. The sale of a business is not a time to have disengaged employees or untimely departures in important positions. If not managed properly, poor deal team engagement can harm your sale price, or worse, kill your deal. It’s in your best interest to motivate these people to support your sale.

So you need a plan. The additional work and time needed on the project should not be underestimated. Preparing detailed operational and financial reports and other due diligence materials, responding to requests from potential purchasers, integration planning and transitioning the business after the sale, among a myriad of other things will be added to your deal team’s normal day-to-day responsibilities.

Selecting your internal M&A team should be among the first steps in your sale strategy. This often starts with your CFO, who will be among the first involved and will carry the major share of the additional work, often spending their weekends working. Other deal team members will be made aware as their involvement becomes necessary.

It’s important to incorporate incentives to harness the deal team’s commitment to the transaction while minimizing the uncertainty that gives rise to personal distractions. Owners often feel an obligation to a loyal workforce and to the culture they have helped shape, which may further influence the introduction and size of incentives to facilitate an orderly transition.

Which arrangement to adopt and who to include will also be a function of the type of potential buyer and the staff that they will likely require during ownership transition and the work to be completed to complete the sale and a smooth ownership transition.

Options may be summarized as:

Hoping that members of the deal team will stay and shoulder additional work, notwithstanding that they may be out of work afterward, is a high risk strategy unless it is certain that their employment is going to be continued by the purchaser – “hope is not a strategy.” Absent any incentive compensation, your deal team will have strong economic incentives directly opposite to yours, which may imperil your transaction process.

Completion incentives apply to members of your deal team, particularly for those whose ongoing employment is at risk. These incentives are triggered by satisfactory completion of specific tasks and/or successful transition of ownership. Largely focused on compensating additional workload and alleviating concerns about job loss post-closing. Amounts will vary depending upon the size of the business and the team member’s position, and usually range between 50% and 100% of their total annual compensation.

Also called “golden parachutes,” these are an alternative retention incentives that provide enhanced severance pay following a change in ownership. They can be triggered by the employee (a single trigger) or upon termination within a certain period (a double trigger), which is typically one to three years. Termination would be defined to include constructive dismissal such as a change in responsibilities, title, work location, etc. These arrangements are usually offered to direct reports to the president, CEO and other key employees with unique skills or knowledge required by the new owner. Executives are the most vulnerable during ownership transition and will have greater concerns about transitioning to a new owner or finding another job. This is a group whose full attention will be required during ownership transition and a CIC agreement provides them with some peace of mind.

Amounts payable at termination could be between 50% and 200% total annual compensation, including continuation of other benefits. Employers often extend CIC agreements as a permanent feature for executives whether a sale is envisaged or not. CIC arrangements have no cost until triggered and are attractive to those with short service or new recruits that believe an ownership change is plausible.

This is an inducement for key employees who are essential to the new owners of your business post-closing to remain committed to your company through the sale. Retention incentives are payable on a specific date after the transaction is complete. Should employment end prematurely at the company’s request then the incentive becomes immediately payable. There may also be an additional qualitative component, requiring the recipient to fulfill certain tasks. Because the buyer will ultimately determine who is key during the transition period, the buyer would typically work with you to formulate such a plan. Amounts payable would be similar to completion incentives.

While these arrangements would reduce your sale proceeds by 1% or less should your transaction close (and nothing if it doesn’t), the cost is insignificant when compared to the value you have at risk in your transaction. These arrangements are more appropriately viewed as “transaction insurance.” The range of outcomes in sale transactions can be very wide. Motivated employees are an additional attraction for a purchaser and if concerns about the retention of staff are addressed by the seller, the risk of transaction failure falls dramatically and a premium valuation becomes more likely. 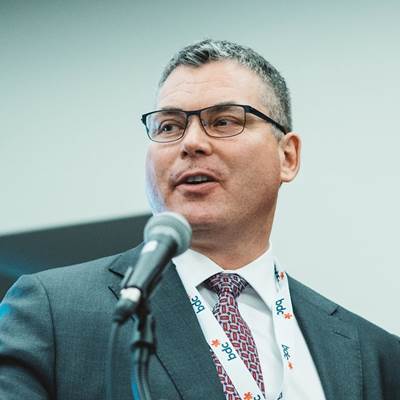 Business Valuation: An Analysis of Risk

Exits Are Inevitable; Failure Is Not