5 Things Running Taught Me About Building a Valuable Business

Building a business is hard work, but achieving your goals makes it all worthwhile.

I recently ran my first half marathon. Think that has nothing to do with business? I would have agreed with you. However, what I discovered is that the process of training and running for a big race is a lot like running a business—or at least it should be.

Here are five things I learned from running that can help you build a more valuable business. On your mark...

There Is No Easy Way

Before I set out to run a half marathon, I hated running. The only reason I wanted to complete in one at all is because my wife ran one, and well, my competitive juices kicked in when I saw her cross the finish line. That very day I went out for a run—I barely made it three miles. A half marathon is 13.1 miles. I had a lot of work to do!

After researching how to prepare for this race, I came across a well-known running acronym: LSD (long, slow distance). The idea is to run hard enough to stress your system, and easy enough that you can repeat it day after day for weeks. When it comes to distance running, frequency and repeatability are the keys to improvement.

The same is true for building value in your business. This is a difficult challenge and to accomplish it, you should practice this idea of LSD. Search for best practices that drive value and implement them on a frequent and repeatable basis. Push your business to reach a new level, but not to the point where it becomes so stressful that you want to give up.

In a long-distance run, the wisest runners start out at a pace they think they can maintain over the entire distance. The same is true when it comes to building your business. It doesn't happen fast, and if you try to push the pace too much, you'll end up on the sidelines.

When I decided to take up running, my initial goal was to just complete the 13.1 mile race. But then, once I was able to run 10-K and then 15-K, the goal of completing the race was looking more attainable.

I then added another variable to the mix: time. I would diarize the distance and time for each run. I was getting faster!

Based on how I was progressing, I set two goals. My first goal was my minimum achievable result (MAR) to complete the half marathon in less than two hours. To not meet this goal would be failure. The second goal was a "stretch goal" to break the 1 hour and 50 minute mark. This would ensure that I pushed myself as hard as I could.

When setting goals around the valuation of your business, you can apply similar variables: a price that you would be satisfied with ($5 million? $100 million?), a time frame to reach this valuation and stretch goal to make sure you don't sell yourself short.

This is similar to the distance and time variable I set for my half marathon. So set MAR and stretch goals to measure the level of your success.

Find Encouragement Along the Way

Midway through my training, I joined a running clinic with other eager runners. Some were beginners and others were accomplished vets. I found that the group kept me accountable and also pushed me to run harder than I would have on my own. The motto of the group was to get comfortable with being uncomfortable. What a concept! The clinic was an invaluable resource in helping me achieve what I set out to accomplish.

Camaraderie and encouragement from others working toward similar goals is key in any difficult pursuit. As a business owner seeking to reach an ambitious valuation target, seek out other entrepreneurs that have gone through the process of selling their businesses.

Also talk to an M&A expert (such as an investment banker, lawyer or other professional) who can provide insight into the current trends and climate in the acquisitions industry. Oh, and if you aren't already, get comfortable with being uncomfortable. That's a motto that's as essential in moving a business forward as it is in improving as a runner.

I purchased a running watch to track my distance and speed throughout my training. On average, I was consistently running just over 8 minutes per mile. Based on the math, I was confident that I could reach my stretch goal of 1 hour and 50 minutes. Plus, I knew that on race day, the added adrenaline would push me over the edge. I was pumped!

On the day of the race, I started off strong, running faster than I've ever run before in training. When I reached the sign indicating the 10-K mark, I looked down at my watch and notice it showed 11-K. This was a problem. The calibration of my watch was off, which meant that the pace I thought I had been running was not accurate. More importantly, this inaccurate measurement put my stretch goal in jeopardy.

When building a valuable business, it is important to continually measure milestones throughout the process. Applying a valuation multiple to a metric like EBITDA is a simple way to monitor your progress, but it only works if your calibration is accurate. You can make sure you're on track by checking in every now and again with someone who can verify that the multiple used in your analysis is appropriate. After all, as I learned in my first race, it doesn't pay to think you're moving ahead more quickly than you really are!

In the end, I finished my first half-marathon in 1 hour and 57 minutes. I was a little disappointed that I didn't achieve my stretch goal, but after some reflection, I looked at all the positives gained through the process. I am able to run 13.1 miles, something I never thought I could do. I ran the race in under two hours, which is a respectable time and within my MAR.

At the running clinic I met some great people, and was able to reach a high level of fitness. All that adds up to a pretty productive endeavor, I think. So, I did what all runners do after a good effort: I celebrated!

Much like working to get fit, the process of increasing value in your business can be grueling hard work. So be sure to celebrate all of the great accomplishments along the way. Value is more than just numbers; a focused approach to increase a company’s worth will also lead to increased cash flow, improved operational efficiencies, increased employee engagement and customer loyalty, to name a few. Those are all worth feeling good about, even when there's more work to be done.

Former 10,000m world record holder David Bedford once said, "Running is a lot like life. Only 10 percent of it is exciting. 90 percent of it is slog and drudge." The same can also be said of business. But we keep moving forward because crossing the finish line — whether for a personal best in running, or a better valuation in business — is rewarding enough to keep us going. Plus, what you put into your business will reflect what you get out of it. So dig deep, and, as you might hear out on the race course, you can do it! 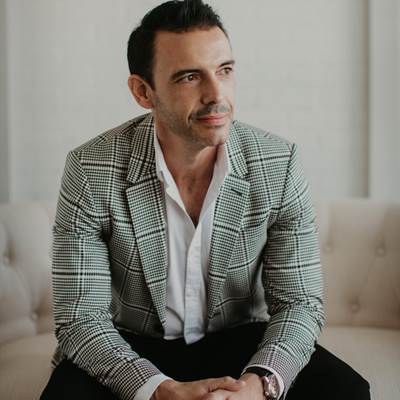 5 Things Running Taught Me About Building a Valuable Business