What issues are most contentious when selling a mid-market business?

Share this:
Q:Given your deep experience in mid-market transactions, what issues have you seen to be the most contentious between a buyer and seller?

First, in getting to the letter of intent, the most contentious issue is the classic determining value and agreement on the basis for the valuation of the business. So, what the basis is, and then what’s the drivers or the multiple that the buyer is willing to pay versus what the vendor is willing to sell for.

The other issue that goes right along with valuation is deferred or contingent consideration. I will put the caveat here that we deal with a lot of lower middle market companies between $3 million to $50 million in sales. In many cases, transactions that will have some kind of consideration beyond the close, so an earn out, holdback, or seller's note. So, the second most contentious piece in getting to that LOI tends to be what the terms are around that contingent consideration. Those are the two that tend to be most contentious in getting to an LOI.

Have a question? Ask us here. 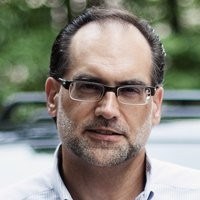 Mr. Marks is the founder and Managing Partner of High Rock Partners, Inc. He is the lead author of Middle Market M&A: Handbook of Investment Banking Business Consulting and Handbook of Financing Growth: Strategies, Capital Structure and M&A Transactions, 2nd Edition both published by John Wiley Sons, and he authored the publication Strategic Planning for Emerging Growth Companies: A Guide for Management. Full Bio

More From Our Experts

The Next Generation of Deal Making: M&A Technology in 2021
3 Simple Ways to Start an Exit Plan in 2021
Back to Basics: How to Calculate EBITDA
How I Sold My Business: My $20 Million Sale to Intuit
The Top 10 EBITDA Adjustments to Make Before Selling a Business
The One Secret Ingredient For a Successful Exit

How I Sold My Business: My $20 Million Sale to Intuit