How do you value intangible assets in a business sale?

You know from my book, Harvesting Intangible Assets, that this is a very, very big hot button topic for me. I believe that in this information-based social-media-driven economy that we now live in that companies, even midsize and smaller companies are richer in intangibles than they realize and if they don’t do a pre-transactional intangible asset inventory audit, they might be conferring to the buyer huge value that is not going to be accounted for in the purchase price. don’t think anybody wants to be the family that sold their business for $10 million that the buyer turned it into a $2 billion enterprise a year later because they saw things that the seller had that the seller didn’t realize. I have never met a company that didn’t have some body of intangible assets.

If you’re thinking about selling your company, you owe a fiduciary duty to your shareholders to bring in advisors that will help you identify those assets so that you don’t end up selling them for a song. If I sell you my house and up in the attic, I had five boxes of gold bullion and I never took the time to go up into the attic and the purchase agreement of that house said, "I’m buying the house and everything in it", I just transferred five boxes of gold bullion because I was too lazy to go up in the attic and poke around. That’s what’s going on in M&A right now. Companies have the intangible asset equivalent of five boxes of gold bullion but they are not taking the time to see what they have. If they sell their business for the tangible assets, shame on them.

I was recently asked "Is EBITDA dead?" Now, EBITDA is not dead. It’s not going away anytime soon, but the applicability of EBITDA to the acquisition of WhatsApp for $19 or $20 billion doesn’t really add up, does it? I mean, what multiple of EBITDA was being applied in a $20 billion WhatsApp transaction, and that’s the future. So I think this is a really big one. Sellers need to take inventory of what they have, both tangible and intangible assets, and shame on them if they don’t because a smart buyer will pick it up.

On the buy side, you want to have a trained due diligence team that knows how to spot these assets. Let’s say a seller has a series of patents and those patents are being used in the seller’s core industry. Your due diligence team looks at the claims in the patent and says, "You know, there’s six or seven other industries that these claims might apply to. We could probably do some licensing once we buy this company into those six or seven industries." Well, if you’re the buyer, you’re not going to tell the seller about that. You’re just going to buy the company and buy that patent portfolio, and license the hell out of it post closing. That’s like your bonus prize. Again, if the seller can’t take the time to look at its own patent portfolio and see that the claims are wider than their core competencies and core industry, then it’s their loss. 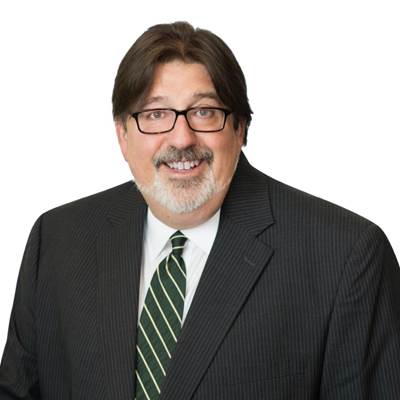 A Valuation Is Not Always the Best Way to Measure Value

Steps to Create Barriers to Entry

Horizontal integration refers to the acquisition of additional business activities at the same level of the value chain. The...
Read Full Term