Unwittingly biting off more than you can chew can cripple both companies after a merger. Learn the first thing to consider when approaching the sale process.

The odds of successful acquisitions are dismal. A Federal Trade Commission paper says 50% of deals for companies, large and small, are not successful. This is troubling news for midsized firms which can’t afford the losses of a bad deal as easily as a Forbes Global 2000 company can. In fact, it’s especially troubling because many mid-market CEOs assume they merely need to avoid acquiring sizable companies and opt for small, bolt-on firms instead. I wish it were that simple. But it isn’t.

Midsized firms are big enough to make sizable acquisitions, but are often not big enough to have dedicated acquisition teams or the management bandwidth to integrate a newly acquired firm. One disastrous acquisition can push a midsize company into bankruptcy court. Knowing that, their CEOs use size as the most common qualifier. They view the acquisition of a company with similar revenue as having greater risk that could “sink the ship.” They see much smaller firms as far safer to fold in.

Other midsize CEOs look at their track record of acquisitions as a key indicator. Doing one successful deal emboldens them to do another. Yet interviews I’ve done this year with more than 65 midsize CEOs, CFOs and corporate development executives suggest that acquisition size and track record shouldn’t be the only screens used to evaluate a potential acquisition. In fact, the most successful mid-market acquirers evaluate each deal for risk and complexity. They then determine whether they have the requisite competencies in dealing with the complexities, making sure the strategic rationale for the deal will make some of the inevitable headaches worthwhile. In other words, they do deals with their eyes wide open.

While there are in fact twelve categories of risk & complexity that an acquisition opportunity must be reviewed against, it helps to start the discussion with a simple low, medium and high approach, explained below.

Acquiring a relatively small company that is in the same line of business. For example, Alliance member Alex Hehmeyer executed a private equity-fueled rollup of career colleges under the name Career Choices, Inc., and sold them to Corinthian Colleges for $56 million. Having had experience running a cooking school, they understood the business. As they acquired one small college after another, they left the faculty and local management alone, consolidating only the back offices. They kept it simple.

Another good example is one from my own past. As an art print publisher, I bought a fellow art print publisher whose revenue was only 8% my firm’s size, but had imagery that diversified my offerings. I completely understood her cost structure, customers, manufacturing process and logistics. We packed up her warehouse and dropped it into mine; it went wonderfully. But if I had instead bought a small IT services firm (for example), the risk and complexity would have been much higher as I would have known little about the IT services business at that time.

Acquiring a substantial company in a different line of business whose integration requires a transformation in the acquirer. Imagine a restaurant chain buys a competitor a quarter its size, in part because it uses consumer-facing technology in an innovative manner. If the acquirer intends to immediately imbed that technology into its own operation to achieve a competitive edge and accelerate revenue, it dramatically raises the risk of the deal. The acquirer’s need to implement big changes in the way it does business increases the complexity and urgency of the integration.

Doing a merger of equals to create a new entity. When two similar-sized companies merge, the leadership team usually changes. The new team must then choose which firm’s business processes and information systems to adopt (generally best of breed wins in each area). That induces tremendous operational change. Further, most such mergers have profound strategic implications — an expanded set of customers, a broader product and service offering or a larger geographic market in which to play. As a result, the new top team must re-think the business’s vision and mission. Add to that a name change with all the external marketing, positioning and brand building work to be done.

Mergers of equals are incredibly complex and high risk.

Assessing what kind of deal is on the table is a crucial step to avoiding difficult deals you’re unprepared to tackle. There are good reasons to do very risky and complex strategic acquisitions, and there are also many opportunities to do easy, bolt-on acquisitions. Unknowingly biting off more than your team can chew must be avoided. No matter where you are in the acquisition process, from first thought to nearly there, this assessment will help you assess how risky the acquisition you’re considering will be. 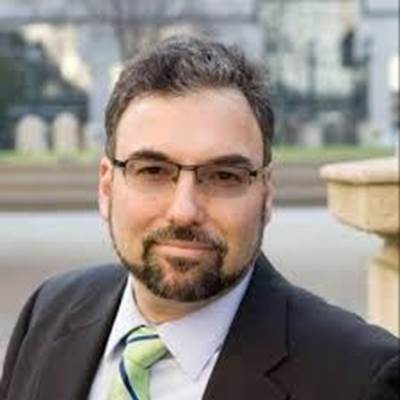 Business Valuation: An Analysis of Risk

Human Capital Risk and the Impact on Business Value