Peter Alternative is a Partner at Mirus Capital Advisors. Peter brings over 15 years of experience advising middle market, technology-based companies. He has been a financial advisor to both public and closely-held companies on divestitures, capital raising, recapitalizations, strategic acquisitions, mergers and cross-border transactions. He has managed and closed twenty-five engagements with companies in numerous segments of information technology and professional services.

Peter has spoken to a number of executive groups, including the EO Birthing of Giants program at the MIT Enterprise Forum, The CFO Roundtable and The Financial Management Association on topics ranging from capital markets to mergers and acquisitions. He has been interviewed and/or published by a number of publications including The Daily Deal, Mass High Tech, Mergers and Acquisitions Magazine, CRM Community, CBS Marketwatch, eLearning Magazine, Tech Biz and The Bangor Daily News.Before joining Mirus, Peter was a financial analyst for CFO Strategies, a Boston-based financial consulting firm that provides interim CFO services to venture-funded technology startups. While at CFO Strategies, he worked with several portfolio companies of Bessemer Ventures and Charles River Ventures across a variety of industries, including telecommunications and enterprise software. Peter began his business career as a founding member of two entertainment startups.

Peter is a member of the Entrepreneurs Organization, the Bentley University Executives Club and the Boston chapter of the Association for Corporate Growth , where he is a board member. Peter also sits on the Advisory Board of Delfigo Security, a venture-backed Company focused on solving complex authentication challenges. He also is a Registered Securities Principal and holds Series 7, 63 and 79 FINRA certifications. Peter received an MBA with high distinction from Bentley University’s McCallum Graduate School of Business, and a BA in Political Science from Hobart College.

In his spare time, Peter volunteers at his church’s soup kitchen, which has been feeding Boston’s homeless for the last 25 years. Peter enjoys music, cooking, hiking and is an amateur triathlete. Peter resides in Concord with his wife and two sons.
Connect: 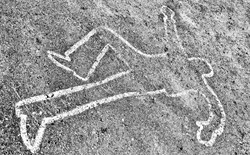 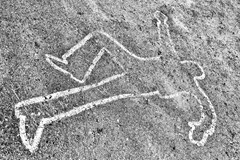 
Few experiences in business are more harrowing than having a deal to sell your company fall apart. While the ups and downs of a deal are...


A common sense approach for CEOs to follow when selecting the right M&A attorney for their deal.

How I Sold My Business: My $20 Million Sale to Intuit

The One Secret Ingredient For a Successful Exit

Video: What Is Goodwill?

Video: Exit Options for Business Owners Who Are Thinking of Selling