Embracing Tech in M&A Transactions: Why the Hesitation?

Is there a hesitation amongst investment bankers to incorporate technology in facilitating the execution of an M&A transaction?

I think one of the hesitations may be any change to existing, or more traditional, processes. There's general trepidation amongst M&A practitioners to fix something that they don't perceive as broken. But one of the things that we've seen is that there are lingering inefficiencies in a lot of the different phases of the deal lifecycle that are ripe, not for disruption, but for improvement.

One of the things that I've heard in countless conversations with M&A practitioners is that there's this über-dependence on Excel spreadsheets for everything. And I love Excel, you love Excel. It's an incredibly powerful tool but it's not necessarily designed for things like deal marketing and task management. Once you extend it too far, it can become a cumbersome tool and becomes more of a hindrance than really an enablement application.

One of the things that we've heard from clients over the years is that they're getting by with these technologies, but adopting new technologies can be a little scary for them, just given the fact that they can get by [on what they're already using].

Once they understand that their workflows aren't disrupted and that they're complementary technologies, I think there's broader acceptance around changing. M&A practitioners know that digitization across multiple industries is starting to impact M&A, as well.

This shift to digitization started 20 years ago with a virtual data room. When I first started in banking, I was lugging around a banker's box full of files, and the managing directors I worked with said they wanted to see the whites of the people's eyes in the data room. It is funny and we laugh about it now.

That change in the process to virtual data rooms was a pretty significant one. There's starting to be transformation in other aspects of the deal lifecycle. Due diligence was really the starting point, but we're starting to see people take a look at their deal marketing process, at their buy-side due diligence process, post-merger integration as areas that can be streamlined through new technologies.

M&A practitioners realize that there is a better way. Some of those chronic pains are becoming a bit more acute and "just getting by" isn't optimal. And that maybe changes are something that could benefit them and their firms.

Have a question? Ask us here.

View all questions from Ben Collins. 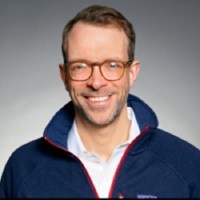 Director of Product Marketing and Strategy at Intralinks.

More From Our Experts

Video: What Is Goodwill?
Video: Exit Options for Business Owners Who Are Thinking of Selling
EBITDAC: The Mother of All Add-backs
Turning Over a New Leaf: Life After Selling Your Business
The Value of Investment Bankers: Business Owners’ Perspective
6 Things to Consider for Your Post-Divestment Life

Video: What Is Goodwill?

Video: Exit Options for Business Owners Who Are Thinking of Selling