Preconceived Notions Can Be Deal Killers

As a business owner, you’re likely facing many unknowns and misconceptions about the exit process, some of which can kill your deal. We dispel 10 common misconceptions in this article, so read on!

“There are things known and things unknown, and in between are the doors of perception.” — Jim Morrison

For most business owners, an exit is a once-in-a-lifetime event, which means there are many 'things unknown' ahead, and quite a few 'doors of perception' to travel through. Those doors of perception manifest themselves in entrepreneurs as misconceptions about the exit process. They are often deeply set and without basis, yet can prove to be deal killers.

What are the facts?

At FirePower, as advisors and lenders to Canadian entrepreneurs, we have an uncommon vantage point. Drawing on our own experience, and supported by independent research, we dispel 10 common misconceptions about the exit process.

1. “Selling to Private Equity (PE) will mean most of my staff will be let go.”

Valuations are at record highs, so PE firms can’t solely rely on financial engineering to generate returns, they need to be strong operators. Private equity buyers need your employees, and employee engagement is now a mainstream theme to PE growth stories.

2. “Foreign buyers won’t be interested in my firm. It’s too small.”

Canada is enjoying unprecedented attention as a more stable, predictable entry point into North America, and the mid-market is no exception.

Evidence: Foreign buyers are pursuing more mid-market Canadian targets than a year ago(2). And using FirePower as an example, five of our most recent sell-side clients were acquired by foreign buyers at values ranging from $10M to $40M.

3. “PE firms don’t pay as much as strategic (corporate) buyers.”

This used to be true. But PE firms face heightened competition from increasingly sophisticated strategic buyers, as well as each other, with an unprecedented $954B (globally) in ‘dry powder’ to be deployed as of Q3 2017.(3)

Evidence: As of Q3 2017, multiples paid by PE firms are at their highest since the Great Recession, and have nearly caught up with those paid by strategics.(4)

4. “My investment bankers must be experts in my sector, and have a long track record in it.”

Bankers should indeed be selected on track record, but it does not have to be sector-specific, because of the accelerating pace of change across all industries. The differentiated use of deal technology for distribution, numerous recent deal closings, demonstrated creativity in deal-making have leapfrogged sector expertise as the top selection criteria for companies picking sell-side bankers.(5)

Evidence: From 2008 to 2016, boutique firms (which adapt faster to deal conditions) tripled their share of U.S. M&A fees relative to incumbents. (6)

5. “My confidential information will end up in the hands of my competitors.”

A sale does involve disclosing confidential information; the key is what to release, and when in the deal process.

Evidence: Bankers and legal counsel will orchestrate the disclosure to limit the seller’s risk by setting up internal controls, clean teams, staged disclosure processes, secure virtual data rooms (whose sophistication is increasing rapidly) and, of course, by thoroughly vetting buyers in the first place.(7)

6. “Most investment bankers blast deals to every buyer they know and see ‘if something sticks.’”

A broad distribution is common for smaller transactions managed by business brokers. No banker would risk compromising their reputation by distributing a deal to an unfiltered list of buyers. That said, it is challenging to track the intentions of all relevant acquirers at all times, so bankers always strategically cast a net broader than their immediate network, to avoid missing a likely buyer.

Evidence: At FirePower, on average, 60% of buyers on a typical buyer list (which is heavily curated by us and fully vetted by our clients) are previously unknown to us or our client. Further, those buyers are just as likely to transact as those we already know.

7. “I got offers on my own; I'm basically done, and I can handle the process from here.”

Banker-led deals tend to fall apart less. With their reach, experience and capabilities, bankers provide sellers with the knowledge that a fair market process was run and that most relevant buyers were made aware of the deal. Further, very few companies have the bandwidth to manage a sell-side process on their own — it is incredibly time-consuming, distracting and rarely have they internalized those skills.

Evidence: At FirePower, on the rare occasions (two) where our clients tried to do it on their own before engaging us, we increased the valuation multiples our clients received by an average of 45%.

8. “I don’t need to be proactive about an exit. Buyers will find my company.”

While Canada is perceived favorably around the world, its mid-market firms are largely not on the radar of buyers outside North America. Fewer buyers at the table means a lower price and weaker terms & conditions. Bankers help maximize value by identifying buyers, creating competitive tension and by signaling the seller’s intent to transact.

Evidence: Deals led by bankers transact at a 6 to 25% premium relative to non banker-led deals.(8)

9. “My banker must know the buyer beforehand to close a deal with them.”

With heightened pressure to grow through acquisitions (because organic growth is difficult to come by), buyers are extremely motivated to look at deals. Therefore, what matters is whether bankers can get the deal in front of the right buyer, regardless of whether they know the buyer or not — it helps, but is not a requirement.

Evidence: Successful sellers did not rank “our bankers’ knowledge of the acquirers’ decision makers” in the top 8 perceived value-adds for their bankers in a 2016 study. (9)

10. “My lawyer or accountant can run the deal process for me."

Many business owners have longstanding relationships with their lawyer and accountant. They have specialized expertise that relates to specific components of deal-making, but the good ones will be the first to acknowledge that bankers play a role in a deal process they are not set up to fulfill. 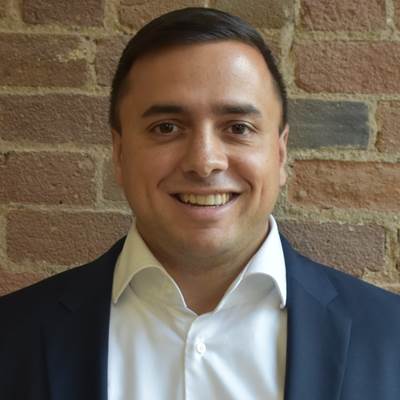 Alan Chettiar leads FirePower Capital’s Investment Banking team in all its engagements and sets its strategic direction. He brings over a decade of experience in venture capital (debt and equity) and private equity. Alan holds an MBA from the Ted Rogers School of Management, a JD from Dalhousie University, and a Bachelor of Commerce from St. Mary’s University. He is registered as a CIM by the Canadian Securities Institute.

Investment Bankers: No, We're Not Villains

Finding the Right Investment Bank to Sell Your Business