What are the current challenges concerning valuation uncertainty?

Note: This content originally appeared in T/A Economics and has been published here with permission.

The International Valuation Standards Council (IVSC) provided insight in how to deal with valuation uncertainty.

First of all, the difference between market risk and valuation uncertainty is clarified.

Indeed, these two concepts should not be confused — while the valuation of quoted stock has little uncertainty, the stock itself, by its nature of doing business in certain sectors, may still carry a more than conventional market risk.

What is Market Risk?

IVSC defines market risk as: “the exposure that the owner of an asset has to potential future gains or losses”. Risk, therefore, should under any circumstances, be taken into account by informed buyers/sellers. Moreover, under a common Discount Cash Flow (DCF) valuation approach, market risks should be reflected in a valuation via the determination of an appropriate discount rate.

What is Valuation Uncertainty?

On the other hand, the main issue when dealing with valuation uncertainty is that a valuation is not a fact, but it is the estimate of the most likely point of a range of possible outcomes based on assumptions made in the valuation process. (Read also: The Value of a Valuation.)

How to Categorize Valuation Uncertainty

Disruptions lead to significant valuation uncertainty as the only inputs available to perform a valuation exercise are likely to relate to the market before the event occurred and therefore have limited relevance on valuation date. Although market disruption is rarely quantifiable, it can manifest itself in input availability.

Both extrapolated inputs and unobservable inputs are a source of valuation uncertainty. However, the valuation method used might adjust for this uncertainty. For instance, when applying an income approach such as a DCF model, although the cash flow inputs are based on expectations of future performance/reward and hence uncertain, the potential reward implied by those expected cash flows differing from those that actually occur in the future can often be reflected in the discount rate applied.

Choice of method or model

Typically, in view of equity valuation, various methods or models may be used in a valuation. However, as those methods and models do not necessarily lead to the same point estimate, the selection of the most appropriate method itself is a source of valuation uncertainty.

In view of the current market condition, according to the IVSC valuation guidelines, when performing a valuation, one should consider using more than one approach or method to estimate the fair market value: “Particularly when there are insufficient factual or observable inputs for a single method to produce a reliable conclusion”.

How to Quantify Valuation Uncertainty

In order to quantify valuation uncertainty, one could use a sensitivity analysis when there is a sufficient amount of reasonably possible alternative numeric inputs that could have been selected on valuation date. However, it does not merely involve forecasting a worst-case scenario.

The objective is not to stress test a valuation but to address the impact on the reported outcome of reasonable and likely alternative assumptions — indeed selection needs to be made among possibilities that are not located in the tail of the distributions (where events are very unlikely to happen) but rather in the central areas (where events are likely to occur).

Although it is recommended, when performing a valuation, to disclose significant elements of uncertainty, the existence of such uncertainty does not mean that no valuation can be performed.

However, it does mean that the assumptions and inputs made in the valuation process taking into account the (multiple) valuation approach(es) and methodology used, should also be disclosed in the valuation report.

The documentation of the assumptions and inputs used, certainly under current market conditions, supports the (envisaged) equity transaction and would make it much harder for parties involved (e.g. tax authorities) to disagree with the outcome of the valuation process — typically years later, when impact of the COVID-19 crisis will be crystallized (potentially much more positive or negative compared to the expected cash flows used). 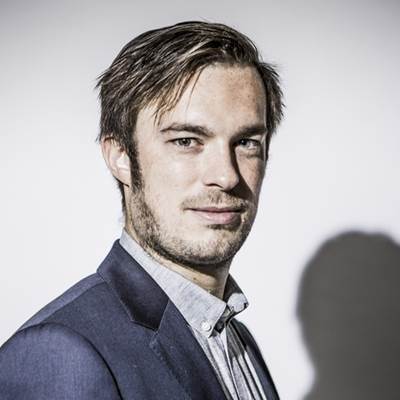 Kenny Van Tulder has 10 years’ experience in the field of transfer pricing and valuations. He joined the newly-established transfer pricing boutique firm, Tivalor (now part of T/A economics) in 2015, serving clients as a transfer pricing & valuation manager. Kenny’s practice focuses on financial intercompany transactions as well as valuations for both tax and non-tax purposes.

How Your Company Is Valued Depends on the Buyer

A non-disclosure agreement (NDA) is also referred to as a confidentiality agreement. With reference to an M&A transaction,...
Read Full Term