George has a passion for start-ups and formalized his consulting efforts as the Founder and Managing Partner of Red Rocket in 2010. George has consulted over 500 startups since launching Red Rocket. George has a very deep base of relationships in the startup, digital and venture community, in Chicago and nationwide. George desires to help other B2C and B2B entrepreneurs navigate through their start-up, fund raising or other business issues. George’s skills are particularly deep in strategy, corporate development, business development, fund raising, financial planning, sales, online marketing, e-commerce and online media/monetization.  As author of 101 Startup Lessons-An Entrepreneur's Handbook, George is also an featured speaker/mentor for many startup-related organizations.  George was named to the 2012 Crains Tech 50 in Chicago, was a finalist for the 2012 "Mentor of Year" by Built In Chicago and is a contributing blogger on entrepreneurship for Forbes, Entrepreneur, Wall Street Journal, The Next Web, Alley Watch, Founder Institute, Startup Beat, Crains Chicago and others.

From 2009-2010, George was the CEO of MediaRecall, a B2B digital video services and technology business.  George lead the sale of the business to Deluxe in February 2010 at up to a 10x return on invested capital. George helped to build a $25MM sales pipeline from big brand entertainment clients and cut a strategic content monetization and strategic distribution relationship with Getty Images.  George provided growth capital for MediaRecall prior to the sale to Deluxe.

Between 1999-2008, George was the Founder and CEO of iExplore.com, the #1 adventure travel website with over 1MM visitors per month (now a division of TUI Travel PLC, the largest seller of leisure travel in the world). Here is where George sharpened his skills in digital marketing and monetization for ten years, including launching an ad sales business from scratch. iExplore was a venture backed business, including a strategic relationship with National Geographic.  George was the seed capital for iExplore.  George was named an Ernst & Young "Entrepreneur of the Year" in 2001, for his efforts at iExplore.

George received his BBA in finance from the University of Michigan in 1991.  He is also a founding mentor of the Chicago chapters of TechStars and Founder Institute. 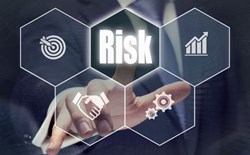 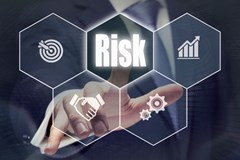 
Is an earnout right for your business sale? What should a seller be on the lookout for?

6 Things to Consider for Your Post-Divestment Life