The Importance of Projections in Determining Business Value

It's no secret that valuations are a big part of the business selling process, and it's a critical step. Weighing future projections is a key component to determining the fair market value.

It seems that many companies and individuals involved in mergers and acquisitions, business brokerage, and business appraisal are horrified at the thought of using future projections to arrive at a realistic economic income. This thinking probably stems from the judicial system. This attitude is not without merit since, in a court of law whereby evidence is all that counts, the court may not believe in an appraiser’s prophecy of the future. Most business appraisers usually assume that someone with an adverse opinion and interest will challenge their appraisal in court. Therefore, the use of projected business performance to discredit the appraiser can, and probably always will, be an opposing attorney's dream. Because of this, it is almost a contradiction of the appraiser's assignment because it dictates performing an appraisal that will please a court of law instead of forming an unbiased opinion of fair market value. Many good appraisers are hindered by this type of unrealistic thinking and, in most cases, may render a lower value.

Is Past Indicative of Future?


The facts are clear. What a business did last year is water under the bridge, and to assume it will do the same thing it did in the past is to assume the future. In the real world, buyers acquire businesses in the same manner that an investor purchases investments. Both the price that a business buyer and the price that an investor would pay must be an estimate of the future economic benefit of ownership, and it is sufficiently credible to persuade a business buyer and an investor to act on them. Granted, business buyers are very different, and the circumstances surrounding a business sale versus an investment opportunity are very different, but it is the motivation that makes them alike. I would agree that there is a substantial difference in the overall picture since, in most cases, the investor can limit the liability of his/her investment and can research the investment better than could a buyer of a business. The investor has less risk in that he/she can usually sell his/her stock fairly quickly. The main point that I am trying to make is that, in the real world, almost everything is based on what a buyer perceives as his/her future economic benefit, and that perception is what makes the buyer buy or walk.

The analysis and reliance on historical or realized income is extremely important as it provides a clear vision of how the business has performed in the past. However, it is not the key to value. Hardly anyone would disagree that if a business is losing money and could be a candidate for bankruptcy, very few buyers would be interested; if they were, it would be because they thought they could purchase at a very low price that would reduce their risk. The inverse of this is also true. If a company has performed outstanding in the past and with a healthy growth rate, many buyers would step up to the plate to make offers, all of which would be much higher than the preceding scenario because of the lower perceived risk. But in both cases, buyers are making offers because of what they perceive the past tells them about the future, and their offers to purchase are based on the same reasoning. There is no doubt in my mind that the past performance is a key to the value of the company and must be analyzed by the appraiser and projected into the future. This look at the future gives the appraiser a view through the buyer's eyes, and that is what appraisal is all about. It is the reporting of what the market is willing to pay for an investment or a business. The research tells the appraiser at what point of perceived risk the buyer is willing to act.


The capitalization of income is based on a buyer's perception of future performance and risk. Most buyers will indisputably tell you that their future actions and potential success will stem from their own hard work and they will not pay the seller for this. However, in reality, it is the seller that gave them the opportunity and the momentum to accomplish their perceived goals. To me, it's like saying that the touchdown had nothing to do with the coach. Certainly, it was the players that ran the play, but it was the coach that made up the play. Without the prepared play, there would just be players doing their own thing, most likely in a state of confusion.

Many will tell you that this is fine for a company that is either going downhill or has a perfect profitable past, but what about the company that is up in profits for one year and down the next, or a company that has stayed relatively the same for the past couple of years with hardly no change? This is actually a more convincing reason to use projections. The very fact that you can not predict the future will dictate the rate to capitalize the income. Remember, you are reporting the value that makes buyers act. If you, as the appraiser, cannot tell what the future is going to do, then obviously a buyer is not going to risk his/her money for any great length of time. Therefore, he/she will want his/her money back very quickly, thus requiring a higher capitalization rate or a lower multiple of earnings that he/she is willing to pay for the perceived risk. That equates to a lower price.

Another reason for projected earnings is that of a moral obligation to the buyer. Assume that research shows that the business has lost its most valued and profitable customer, or that legislation has been written that could adversely affect the way the business will operate, or that the company's largest supplier is going up on material costs at the first of the year.

Although bankers won't admit it, they look at the company's financials in comparison to industry standards to see how the business is doing; however, the real reason they do this is to see what the company is likely to do in the future and its ability to pay back the loan. If the bank believes that, after the acquisition, the company will be unable to service the debt, then there is no loan, no matter how hard the buyer tries to convince the banker that he/she is going to do better. However, if the company shows a good profit that can easily service the debt and has been growing at a healthy rate, the bank will most likely commit to the loan.

Another case for using projections is a company with temporary issues. For example, a case whereby the business suffered greatly in the last quarter of 2011 due to an expansion of the highway in front of the business. This lasted through the end of 2012. To add to the problem, the landlord, realizing that his tenants were already hurting anyway, decided to remodel the shopping center. This also hurt the business in 2013. However, the company's financial statements from January 2014 through June of 2014 revealed that the business had already passed the total income from 2012. Is it fair to rely on past performance or to average the historical years? What about a company that, in the first two quarters of 2014, just signed a major five-year contract that would increase profits substantially in the future? Or what about a company that has an owner in an industry that is highly intensive to the owner's reputation and his/her prior dealings over the years with major clients? Is it fair to the owner or potential buyer to not take the future into consideration in order to normalize earnings and establish what picture the company will portray in the future? I can not think of a single thing that a person buys without perceiving future expectations or benefits. The real key is to measure the future in a conservative manner and give weight to those years; either the past or the present (or both) show the degree of occurrence for the future of the business.


In summary, the focus on future projections is critical, regardless of whether the buyer realizes that he/she is doing so or not. I am not advocating that the projections be shown to a buyer. To do so is potentially risky. However, the appraisal is an opinion of value ordered by the seller. Your client is the seller and is paying you for your opinion on the market value of his/her business. The report is given to the seller, and it is your opinion. It is not made out to the buyer, and it is the seller's property. If he/she chooses to show it to the buyer, then it becomes the buyer’s property and he/she takes any liability that might occur. 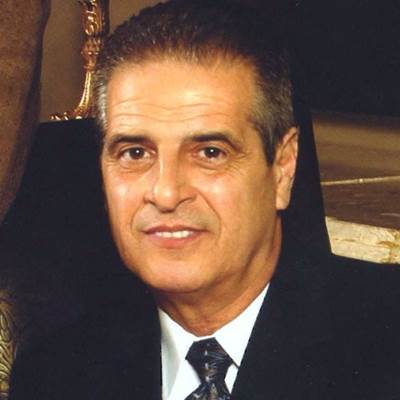 George D. Abraham is the president of Business Evaluation Systems. He has sold over 450 businesses and has appraised over 9,000 companies both nationally and internationally.