How to Actually Be Good at Merger Integration

Maintaining a strong integration process throughout a merger and acquisition can make everything run more smoothly and increase the chance of a positive outcome for all involved.

The U.S. just experienced the most active first half of a year in over a decade for middle-market M&A transactions, with 5,260 deals completed. As more and more companies realize the potential value of mergers and acquisitions, the number will only continue to climb. However, as the high number of failed M&A deals in 2016 showed us, not everyone is adhering to the best practices that can make or break a deal.

One of the primary aspects of the M&A process that impedes success is integration — partly because integration is not a “one-and-done” step. There are three major phases to a proper integration plan:

Read on to better understand each phase.

Many companies are now focusing on integration much earlier in the M&A process than in previous years, and that’s a good thing. In fact, you should start laying the groundwork for the integration process long before a deal is ever announced.

The first step you should take after selecting a potential acquisition is to form an integration team of decision makers who will be highly involved in the entire acquisition process. Their job will be to analyze potential acquisitions and make recommendations about how to proceed, starting with a strategic and cultural compatibility analysis.

With an understanding of the synergies between the companies, you can then decide on the level of change needed and speed. Consider the backlash that may be caused by both. There may be employee resistance to a large degree of change or a lack of attention to detail if it is done too quickly. When deciding how to move forward, focus on a formula that minimizes the redundancies between the two organizations, keeps a steady momentum of positive change and reduces uncertainty among all stakeholders.

By the time you’ve completed the initial analysis, you should be working with your M&A advisor on preparing an offer, and should take additional steps to prepare for the anticipated transaction.

First, set the course by communicating with your stakeholders and make them feel involved in and assured by the process. Get buy-in among your leadership, so that they can prepare to align with the potential acquisition from the top. Engage your employees to make sure they are ready for the potential changes that lie ahead.

Second, start to create detailed planning documents. Your integration team, including your M&A advisor, needs to formulate your day one post-merger plan and your first 100 days post-merger integration plan. These plans will serve as a roadmap for every aspect of integrating the two organizations, based on your initial compatibility analysis. Your team should also begin drafting a corporate policy integration plan to ensure that the new organization will have a pre-existing structure codified once it is formed.

Post-Merger Announcement and the First 100 Days

Now that you’ve made an objective analysis, started to draft integration plans, set the course from the top down and communicated early, you should be preparing to sign the agreement and make the grand announcement. It’s time to execute.

Few days matter as much in the M&A process as day one post-merger. You can set the tone for a successful merger across the board by starting out with a clear plan for how your company is going to look and act from the start. Corporate leadership should lean on the integration team and the roadmap they created in order to hit the ground running.

From day 101 and beyond, the integration should be a self-fulfilling prophecy. With a good plan, your new organization can become a shining example of corporate synergy, leveraging each company’s efficiencies. 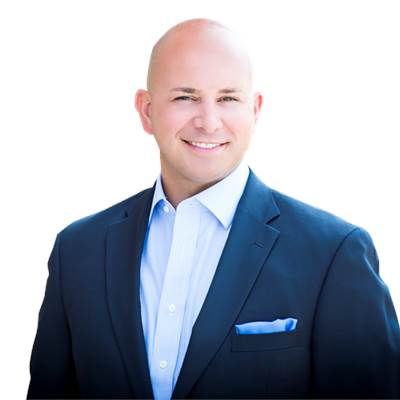 Chad is the Founder and Managing Partner of Symmetrical Investments, LLC. He has over a decade of experience advising on or investing in over 100 transactions. Chad has been active in many professional organizations, including sitting on the board of the Alliance of Merger & Acquisition Advisors in Philadelphia & Southern California, the Emerging Leaders of Chester County and the Chester County Chamber of Business & Industry. In addition to these professional organizations, Chad is a board member of and owns equity positions in numerous midsize privately held companies. Chad has dual degree in finance and education from West Chester University of Pennsylvania.
Read Chad Byers’s bio
Follow:

Podcast: What to Focus on When Selling Your Company, an Interview with Bill Casey