Mergers and acquistions are hard enough without these surprisingly common reasons they can fail. Learn how to avoid these mistakes and strengthen your M&A strategy.

Most acquisitions fail. The stark truth is that 70% to 90% of acquisitions fail to deliver the value the buyer anticipated. Yet, the data shows it is nearly impossible to build a world-class company on organic growth alone. And most of the largest companies in the world were built on at least one, if not multiple, deals. Within the automotive aftermarket, we continue to see companies generate massive success from well-executed growth strategies. So then why do most acquisitions fail?

Acquisitions fail when the company does not consider what an acquisition will cost the company and focus only on what an acquisition will deliver. Valuation is important to assess cost, but it is not the only metric. The same applies to metrics that take into consideration both the absolute projected return of the investment as well as the risk adjusted return on investment. Simply determining the best metrics to use to measure an appropriate return can be a daunting task (i.e. balance sheet metrics, P&L metrics, cost of capital metrics, or all of the above).

But a focus on give versus get goes further than simple valuation. Companies that engage in successful acquisitions focus on what the company will have to give up to reap the reward. I often quip that I can make anything look attractive on paper. The hard part is going out and doing what is talked about on paper and understanding the internal company resources that will have to be dedicated to achieve success.

Acquisitions fail because they are distracting. They often are not part of a company’s core competence. Integration can be slow, and expensive. Identifying what your company will have to put into the deal, not just what it will pay to close the deal, can be the difference between success and failure.

What Do YOU Bring to the Deal

Acquirers can add value in a number of ways. One of the more common ways is when big buys small. In this case, the larger acquirer may be able to apply the resources of a larger organization to a smaller organization. These resources may be a regional management structure, a national sales force, or a centralized purchasing department. These resources may help the smaller company increase revenues or decrease costs, or perhaps both.

Within the automotive aftermarket, there are a number of examples of frequent acquirers. The Boyd Group, parent company of Gerber has been a perennial acquirer of collision repair facilities. LKQ, one of the largest distributors of used and aftermarket automotive parts in the world, has increased revenues by nearly 14x over the past 10 years, primarily as a result of acquisitions. Monro Muffler has grown consistently through acquisitions as well, as have a number of lesser-known private companies. These are just a few companies in the automotive aftermarket that have created immense shareholder wealth as a result of consistent and frequent acquisitions.

Lack of a Defined Process

Acquisitions fail when a company does not have a defined M&A process. Perhaps the most important success factor in business acquisitions is a defined process. Companies with the best M&A track record have a defined process designed to maximize outcomes and minimize risk. Generally speaking, companies that successfully employ M&A to grow start with small acquisitions, build a dedicated team for deal making, develop and maintain a pipeline of targets and, most importantly, develop a clear set of guidelines for yes/no decisions.

Sam Rovit, former Partner at Bain and Company talks about it extensively in his book “Mastering the Merger”. Warren Buffett talks about it. Academics have identified it as a key strategic advantage successful private equity firms have over strategic buyers. And it is logical that a defined process yields superior results.

Your best bet is to seek outside assistance during your M&A process (someone who perhaps has done several, or is a repeat advisor or buyer for this process). However, if you are performing your own acquisition, make sure you are avoiding these four common pitfalls and planning for the future. Looking into merging brands or other market considerations early can help. 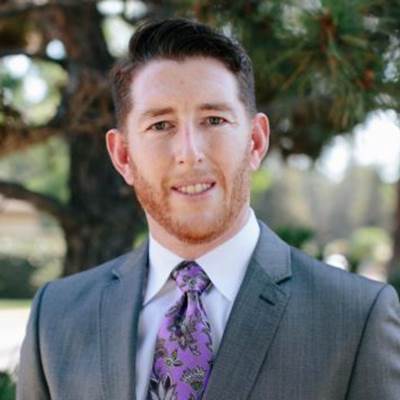 Who Will Buy My Company?

Why A Major Corporation Would Buy Your Local Business

Why Do Deals Fall Apart? - An Advisor's Perspective (Part 3)