"Malcolm Gladwell in Outliers talks about the 10,000 hour rule. And that’s for anyone to become an expert, you need to spend 10,000 hours."

Clay Callan is a Director in the Private Equity Strategy and Operations Team at Highland Capital Management, L.P. He has more than 20 years of experience, with expertise in strategy deployment, profit improvement, change management and building teams to apply Lean Six Sigma principles as part of turnaround initiatives.

Patrick Boyce is a Partner and serves as the Head of the Private Equity team at Highland Capital Management, L.P. Mr. Boyce began his career at Highland as a Distressed Portfolio Manager having joined Highland in March 2004.

Privcap: Safety-Kleen re-refines used oil and handles other types of hazardous and non-hazardous waste. What investment thesis led you to the company?

Clay Callan, Highland Capital Management: The reason that we liked the environmental space was as you see an increasing focus on environmental responsibility on the part of large corporate customers, Safety-Kleen has 430 or so of the Fortune 500 companies as customers. And there’s increasing environmental responsibility needs, regulatory requirements, and Safety-Kleen is very well positioned with its 200+ locations across the United States to serve a large national footprint.

Privcap: When did you first become involved with the company?

Patrick Boyce, Highland Capital Management: Highland’s platform has been around really since the early '90s. We’re celebrating our 20th Anniversary in 2013. And so we had been investing in Safety-Kleen since 1997. So not out of our private equity fund, but Safety-Kleen originally did an LBO back in '97. I think did another deal in 2000. So it’s a name that our firm had known very well for quite a long time.

Privcap: What were some of the major challenges facing the business when Highland took over?

Clay Callan: One of the things that we noticed at Safety-Kleen when we got involved was the management team did not even measure or understand their customer satisfaction level. And we had a significant amount of customer churn at the branch level. As we got into understanding the root cause and why, it became apparent that there was just an insufficient focus on delivering on commitments. Doing what you say you’re going to do to the customer.

We went out and spent some time in the field, and we found out that one of the units that they used to actually process the order, a handheld unit, wasn’t being properly maintained. They weren’t plugging it in at the end of every day, at the end of the shift to be able to process orders and get them back into the system to be able to properly bill the customer.

And in essence, a lot of the improvements as it relates to driving improvements at Safety-Kleen, it’s a fair amount of basic blocking and tackling as it relates to defining what’s important from a customer perspective, what’s important from a shareholder perspective, putting metrics in place. And then looking at the business processes that we use to execute on customer service or managing our costs.

Privcap: What was the most significant challenge you overcame in turning the business around?

Clay Callan: You know, probably the largest challenge was redesigning the branch incentive structure to get away from a focus on revenue and volume to more focus on profitability. And then putting in place this decentralized decision-making process with the right tool sets to help the branch leaders really see their individual branch as a PL that they were responsible for managing. So, what you can imagine is going from trying to run everything through corporate to now putting it out at the branch, we didn’t have all the right leaders in all the branches, we ended up replacing 30% of the branch leaders, right, because they just didn’t have the skill or the ability to get there, so there was a curve there.

Privcap: Highland is known for its expertise in oil and gas distribution businesses. What else did you bring to the table?

Patrick Boyce: One of our board members had a very strong background in oil and gas. And the company was more exposed to the oil and gas market than it expected, really. We worked with the team in 2011 to hedge its cost of oil. And that was something the company had never really realized, the degree to which its cash flow was influenced by the price of oil. Even though they were a manufacturer of recycled oil.

Privcap: The Wall Street Journal reported that you achieved a 4x return on the deal. To what do you attribute to such outsized success?

Patrick Boyce: Malcolm Gladwell in Outliers talks about the 10,000 hour rule. And that’s for anyone to become an expert. You need to spend 10,000 hours. Be it Tiger Woods, be it any person, chess people, Bobby Fischer spent that when they go back and look at him starting to play chess when he was five years old. We spent 10,000 hours at Safety- Kleen. And that’s a lot of time. And what we would say, it was a relentless focus on getting the process right. 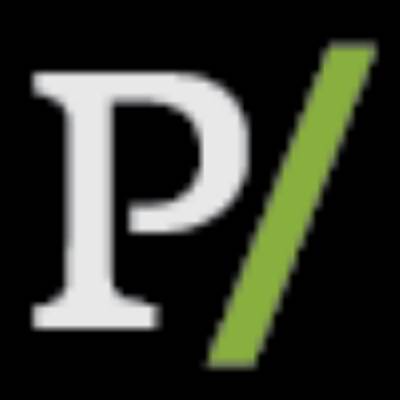 Privcap is a digital media company that produces thought-leadership content for the global private capital market, as well as offers digital communications services to market participants. Privcap is known for its authoritative online video programs and digital reports.