Inform yourself on what you can reasonably expect a payback period to be for your small- or medium-sized business.

As finance textbooks will tell you, this is not a correct method for investment evaluation as it does not take into account the time value of money. Switch the payments of year 1 and year 3 and the payback period remains the same, despite the fact that we receive far more money in the first year.

A profit multiple of four does not mean that an investor will actually receive his or her money back in four years! A profit multiple of four simply means that if profits remain at the current level, the profits of the next four years will equal the investment he or she made. For our investor to actually recoup his money in four years: a) profit should be equal to cash flow; b) the multiple must be based on after tax profits; and c) all profit must be distributed to the shareholders.

Even if we get past the first hurdle and assume that profit is indeed equal to cash flow, the multiples that we use in the world of small and medium business transactions refer to before tax profits. On top of this, they do not take into account actual dividend distribution.

The profit multiples in the SME world are based on EBITDA (earnings before interest, taxation, depreciation and amortization) or seller's discretionary earnings (SDE), where SDE – owner manger salary = EBITDA. For these profit measure to be equal to cash flow, we must assume a steady state of affairs — stable profits forever — but most importantly, theoretically, we must deduct maintenance capital expenditure form profits.

Thus, an investor paying 1,5 X SDE for a restaurant will not necessarily get his money back in one and a half years. Restaurants are of course cash businesses, and thus profit is equal to cash flow, but our investor still has to pay taxes on profit and even in a world of zero taxes he or she has to pay for all machinery and equipment investments. Thus, when you say, “It is absurd that the buyer gets his money back in 18 months when I have spent 18 years building the business,” your calculations are based on the wrong parameters.

An even bigger mistake is when sellers take the opposite route and claim that “if all I am getting is 18 month's profit, I will run the business for another 18 months, get the profits and then sell all the assets piece-by-piece and be better off!”

You can change the multiple and work the example as you wish. My most recent experience was with a seller that was infuriated when I told him that he should expect a multiple of around 3 X SDE for his distribution business making 900k in sales and 100k SDE. He told me that he preferred to stay in business for three years and then sell what could be sold at the second-hand market.

So, what is the reasonable payback period for an investment in a small or medium business? We don't know, because we do not have the necessary data to compute it.

What it does mean is that the implied (pretax) required return for an investment in a small business is between 33% and 50% and between 16%-25% for investments in medium businesses. And these rates of return are consistent with the required returns of PEGs, VCs and angels. According to the 2017 Private Capital Markets Report published by the Pepperdine Graziadio Business School, financial investors require a rate of return ranging from 25%-35% for investments in small and medium business. 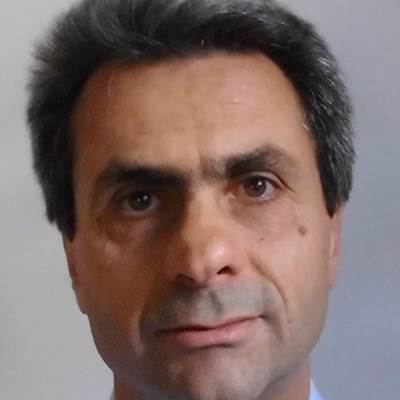 Yiannis is a Greek M&A advisor who holds the coveted Certified Business Intermediary title. His over 25 years of expertise in the financial services sector is invaluable for his clients and has helped him close deals of all size. He is an analyst, a problem solver, a teacher and a writer — not necessarily in that order.