Here are some answers to the key question about what multiple a business sold for (and when).

How many times have you heard an owner of a similar business to yours say "I sold my business at a 10 times multiple!"? Or how about this one: "The tech sector is trading at a 25 multiple." Or maybe you have heard that early stage companies should trade at two to three times. Before you draw any value conclusions, the real question you should be asking is: "A multiple of what?"

In this article, we shed some light on what metric this multiple should be applied to and some of the steps to take to ensure you are actually doing an apples to apples comparison.

The Metric Depends on the Company

For public companies, the most noted multiple is that of after-tax net income. For early stage companies, it is quite often a multiple of revenues primarily for two reasons: they are either a) not currently profitable, but will be in the future once the product is proven or b) they are in high growth mode and profit levels are depressed as a result of higher than long-term average spending on R&D and product/service marketing. For established private companies, the most commonly cited valuation metric is a multiple of EBITDA.

What Is EBITDA Anyways?

EBITDA stands for earnings before interest, taxes, depreciation and amortization, and it allows for the comparison of profitability between companies because it cancels the following four effects on profitability:

The drawbacks of using EBITDA are that it doesn’t account for maintenance/required capital expenditures (CAPEX) to sustain the business. In addition, because it is a non-GAAP metric, it is often presented on an adjusted basis excluding (sometimes questionable) one-time items which have the effect of boosting profitability.

How Does EBITDA Relate to Other Multiples?

The relationship of an EBITDA multiple to other multiples can vary widely across industries. For consulting or software companies that typically don’t or can’t carry long-term debt and have little investment in fixed assets, EBITDA is often the same as earnings before tax. For capital intensive companies, an EBITDA multiple of five might be the equivalent to an EBIT multiple of seven. When we speak of a five times EBITDA multiple for a private company, the value may actually be the same as 15 or 20 times net income after tax for a profitable public company.

The period the multiple applies to is also important. While valuation is conceptually a forward-looking principle, the standard is to use a historical multiple as a result of the difficulty in predicting what the next twelve months (NTM) of earnings might be. Some variants of time frames used are run rate, which annualizes the last month or quarter; trailing twelve months (TTM), which is typically calculated on a rolling four-quarters basis; or last calendar or fiscal year.

Why does the time frame matter? Let’s look at a fast-growing public company such as Apple. In the third quarter of 2013, its market cap was approximately $620 billion. At the fiscal year end, EBITDA was $35.5 billion and its 12-month consensus forecast EBITDA was $55.8 billion. People will say Apple was trading at 17.5 times EBITDA, but the more proper metric is that it was trading at 10.7 times forecast EBITDA, a difference of 70%! So, in the case of Apple, knowing which EBITDA multiple is being applied—historic or projected—makes a huge difference between determining the investment to be appropriately valued or not.

What About Any Other Strings Attached?

In addition to the specifics around the multiple, there are many bigger picture questions, such as: Did the buyer assume the debt?; Were there working capital adjustments?; and, Was the amount paid in cash on closing or will it be paid over time? Different answers to such questions will also measurably impact the net multiple paid.

So, the next time someone tells you they sold their business for a great multiple, always think about a multiple of what and when before determining if such multiple would apply for your company. It is human nature to want to brag a little bit, so a seller may just be bragging up the multiple to have you see how well he/she did. Remember that the enterprise value is what always grabs the headline, but it is how you get to that enterprise value that makes all the difference. 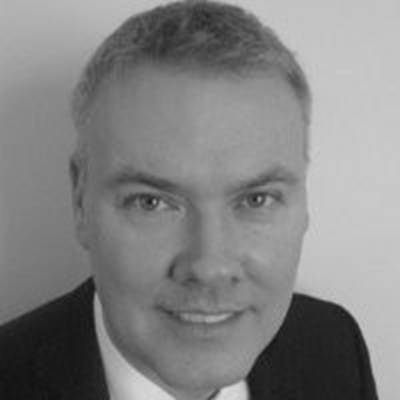 Derek is a Managing Director at Veracap M&A International Inc.  He has over 20 years of corporate finance experience, both as an adviser with a major Canadian bank and as a owner-entrepreneur.  Derek started his career in Investment Banking with CIBC M&A where he focused on acquisitions, divestitures, and financing advisory services to companies in the manufacturing, food, transportation, printing, chemical, engineering, wholesale, telecom, hardware and software sectors.
Read Derek van der Plaat’s bio
Follow:

How Do I Attract a High Multiple for My Business? - The Sales Process

What Your Supply Chain Business Is Really Worth