EBIT or EBITDA? Sometimes the DA in EBITDA Really Does Matter

Be aware of the differences between EBITDA, EBIT and free cash flow, especially in the context of capital-intensive industries.

My operating partners in a previous company we built and sold used to call me "EBITDA Erick." We spent considerable time helping our operating partners understand what EBITDA was, its advantages and its limitations, so I suppose the name stuck. One of my main roles is to educate our operating partners about the various levers in a company that improve EBITDA and its "fraternal twin," EBIT. We often use EBITDA as a proxy for operating cash flow, but that doesn't always apply, so I like to remind the guys what the difference is between EBITDA, EBIT and free cash flow (FCF) because these differences matter in valuing a company. test

What is the Difference Between EBIT & EBITDA?

The multiple of EBIT and EBITDA is often used to value companies. EBIT represents operating earnings before interest and taxes, but after depreciation. This is the difference between EBIT and EBITDA - how depreciation is treated. I always advise sellers and buyers not to use the multiple approach as the primary valuation approach, but rather use the approach (whether on EBIT or EBITDA) as a reasonability test or "gut check" to make sure the valuation, which uses a more formal method such as the capitalization of earnings, capitalization of cash flow or discounted cash flow, makes sense.

When computing EBIT, with the exception of depreciation, basically the same top 10 adjustments for EBITDA need to be considered and usually include adjusting for fair market value rent, shareholder compensation, nonrecurring revenues and expenses, one time start-up costs, etc. Both calculations remove the debt structure by adding back interest, meaning that you are viewing the company as if it had an optimal capital structure, rather than the structure specific for the company under review. This is because it is assumed a corporate buyer will have a stable capital structure with significant borrowing capacity such that the capital structure of the target will look considerably different pre-transaction vs. post-transaction.

The multiple of EBITDA approach is the more traditional metric used and is often represented in terms of enterprise value (i.e., EV / EBITDA). However, there are some limitations to using EBITDA. The limitations are all based on the fact that EBITDA does not consider the company’s capital expenditure needed to sustain its business.

Moreover, if the company has an asset that depletes until fully utilized (i.e., a gravel pit or a mine), EBITDA also may not consider this depletion in its calculation depending on how it is accounted for on the financial statements, even though this is a real cost of doing business and, ultimately, a future cash outlay if the asset is to be replaced.

Using EBIT as a basis partially alleviates some of these issues, but not without some exceptions to watch for. By deducting depreciation, this takes into account the sustaining capital expenditure needs of the business, but only if annual depreciation and sustaining capex are similar. Often times, however, depreciation and capital expenditures are different, so this becomes a limiting factor. However, at least with the depreciation subtraction, there is an allowance made for capital requirements. Keep in mind that you are looking at what the future potential earnings and capex will be, so taking historical depreciation as a proxy for capex (even if they are basically the same) does not necessarily mean this is correct. You may be better off taking a hybrid calculation, being "EBITDA less future capex," which is often used by sophisticated buyers

Does the Valuation Make Sense?

If you are using the multiples approach as a reasonability test, you basically want it as a benchmark against some comparables. Which comparables? Basically, you can use either a public company multiple or a transaction multiple. Remember, though, that companies are like people and, therefore, no two are alike. Companies, even in the same industry, vary in terms of size, customer mix, management, product or service mix, etc. It’s worth repeating that you use a multiple of EBIT or EBITDA as a gut check to your primary valuation method, not as the primary method itself.

There are specific shortcomings to using both the public and transaction comparables. With public companies, multiples would typically be higher, namely because of the stock’s liquidity. If a stock is more liquid, there should be a premium paid for the ability to sell quickly. Another shortcoming of a public company comparable is the access to information. With a public company, you only have access to information once it has been made public, but before that, access is limited and this can impact the company’s valuation and its multiple. With a private company, access to information for the parties doing the deal can and should be readily available, which would also impact its value and how the multiples ultimately benchmark.

With transaction multiples, the biggest shortcoming is the deal structure itself. No deal is created equal and the company value can be affected by how much cash was paid, if any shares were issued, if there is vendor take back financing, the existence of an earnout, etc. A second shortcoming is based on who the acquirers are: strategic buyers or financial buyers. Strategic buyers usually work in cash flow improvements driven by revenue increases or cost savings, and this may impact the price paid for the business and, consequently, the multiple. The quantification and valuation of synergies can be as challenging as the actual business valuation.

Take EBITDA, But Be Cautious

The goal of this article is to help private company owners understand that EBITDA is not the "be all, end all" of valuations. This is particularly relevant for capital intensive industries where operating cash flow is impacted by sustaining capex requirements where it may make sense to include depreciation into the mix. Of course, the ultimate goal is to generate free cash flow, but most buyers will look at the company's ability to consistently deliver operating cash flow before taxes and interest since, as buyers, they can change the structure and influence these costs. This is why EBIT - operating earnings less depreciation - ends up being a potentially more relevant metric for companies in capital intense industries. 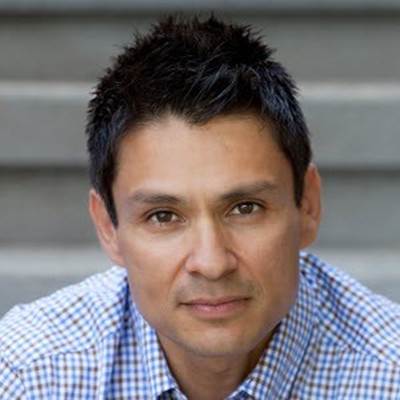 Erick works with business owners, investors, and private equity firms looking to create value and maximize their returns on exit. Working as adviser, founding partner, and/or CFO of three private companies that each grew to revenues over $300 million, he has worked on valuing, acquiring, and integrating over 30 companies.
Read Erick Hamdan’s bio
Follow:

Determining the Pre-Sale Value of Assets

Challenging How We Think of EBITDA