Earnouts: The Double-Edged Sword for Sellers

Earnouts are underused and misunderstood, but this is simply because they aren't appropriate in all circumstances.

When a business is finally sold and the cash delivered to its owner, it represents a pinnacle moment; it’s the triumph after a hard-fought ascent. For some, it represents complete and lifelong financial freedom. For others, a sale or divestment can mean a short breather before the next venture. Each payout varies greatly from company to company and shareholder to shareholder, but sellers are always seeking ways to increase the favorability of their own terms in any deal, regardless of the size.

As a business owner, your company's purchase price and ultimate after-tax cash flow not only determines the size of the owner’s proverbial 'golden parachute,' it also helps determine how favorable (or unfavorable) the final deal structure will be. One nuance of the deal structure that tends to be underused—and misunderstood—is the earnout. Here we'll take a look at when it works—and when it doesn't.

What Is an Earnout?

Apart from the company’s net tangible assets, a potential buyer is often buying a whole lot of goodwill—goodwill in the customer contacts, goodwill in the company's reputation and goodwill with suppliers. Transitioning such intangibles represents one of the unknown risks that may be difficult for buyers to swallow. An earnout is a way for buyers to mitigate the downside risk of being sold a non-performing 'lemon.'

When an earnout is included in the payment terms of an acquisition, buyers typically base a portion of the payout on the future performance of the business after the transaction is closed. This ensures the buyer is at least partially hedged against the potential of complete downside implosion. However, as we’ll discuss further, it can create both risks and opportunities for the seller.

The Softer Side of Earnouts

The positive side of earnouts can be boiled down to a short, sweet, Twitter-friendly version:

"Earnouts only benefit the seller in the event of profit upside."

So, the earnout’s upside is tied to the upside of the business, particularly in the months directly following the deal closure. The problem is that while this scenario does occur on occasion, it is more common that a business suffers a bit following its sale.

In my work, I ran into a scenario a few years ago where a motivated seller wanted to ensure that an earnout was maximized. Consequently, he stayed on and worked feverishly until the earnout deadline had passed. The result was a bonus worth several hundred thousand dollars. He hit the numbers and then some. In my experience, few sellers are confident in immediate growth following a sale, but when they are, an earnout can help boost the payout. Earnouts can be capped or uncapped. Ultimately, the terms depend on seller and buyer negotiations and the future expectations of both groups. In his case, there was no cap on the earnout. As a result, the seller had a major incentive to maximize profits.

When Earnouts Get Ugly

When buyers (particularly financial buyers) acquire a company, there’s often a learning curve period where the new owners and management are taken out of the proverbial stove and thrown into the fire. This occurs at the worst possible time for a seller with an earnout agreement in place, but it can be a significant incentive for the seller who may still be consulting on day-to-day operations within the company.

Such downsides may be less true in some service businesses, particularly those where acquisitions are and have been occurring in somewhat rapid succession. In such cases, acquirers can be more proficient at conducting the integration. However, in most scenarios where financial buyers are involved, that learning curve can affect the consistency of incoming free cash flows.

We’ve seen this on several occasions. Some private equity groups will acquire a business and revenues and/or profits slide (often without making significant changes in the day-to-day operations). They pick up over time when the learning curve is through, but the damage to a seller with an earnout has been done. Earnouts can be especially challenging for sellers when the company’s success stands on the character and reputation of the founders and not on the company's own merits.

Fighting against an earnout can also show a potential buyer that the seller lacks confidence the company will perform well after the sale. A current client whom we work with has this very problem. He’s so dead set against any form of earnout or option that he’s pigeonholing himself away from obtaining a higher price for the business. This stance also throws up red flags for the buyer. He’s not seeing the potential upside of an earnout, which can often be very motivating.

The bottom line is that earnouts can cut in favor of both the buyer or seller, depending on how the final chips fall.

So Where Do We Land?

For the M&A veteran, earnouts are frequently par for the course. Buyers often want them, while sellers are often reluctant to agree. For the sake of forward movement, the less motivated party usually capitulates.

Of course, closing any transaction can be extremely difficult and stressful for business owners, especially when it comes to making decisions about payout structures, including earnouts. That's where a motivated deal maker can help. A cool head and tons of experience can help keep the focus on the seller's success. That could make for—quite literally—a much richer experience. 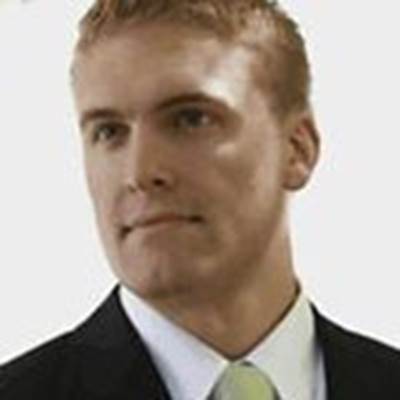 Nate Nead is a Partner at www.investmentbank.com and www.mergers.com, two sites that provide a members-only network of experienced buyers and sellers. The sites provide both buy-side and sell-side representations for companies with values between $5 million and $100 million.
Read Nate Nead’s bio
Follow: