Consider These Issues When Evaluating ESOPs

ESOPs can be a nice exit strategy for some small business owners, but they are not perfect for every situation.

Over the years, we have evaluated a number of small company acquisitions where the target company was deciding between doing an ESOP or selling the business to a financial sponsor.

ESOP promoters are quick to point out the significant economic benefits to ESOPs, mostly related to preferential tax treatment of ESOP contributions and distributions. However, there are a number of problems with ESOPs that are not immediately transparent to small business owners.

We have developed a list of problems with ESOPs based, in some cases, on firsthand accounts of companies that we were evaluating. Here are a few:

ESOPs are complex and expensive.

ESOP is an acronym for Employee Stock Ownership Plan. ESOPs are qualified, defined contribution, employee benefit plans that are regulated by the Employment Retirement Security Act of 1974 (better known as ERISA) and, thus, subject to Byzantine rules. The ESOP Association itself suggests that "plan sponsors consider the following":

Sound simple enough? It's not. That's why promoters of ESOPs are paid handsome fees to establish ESOPs and to manage ERISA compliance on a going forward basis.

ESOPs can fail and create legal exposure for trustees.

Many ESOPs are formed so small business owners can realize cash proceeds from an ESOP sale. The tax advantages of ESOPs (tax deductibility of principal payments on debt) often result in ESOP "sales" that utilize a substantial amount of debt. Debt can restrict operating flexibility and, in conjunction with a recession or loss of a major customer, can lead to the failure of a company. In this outcome, the trustees of the ESOP (often the business owner that set up the ESOP) can face substantial legal exposure from members of the ESOP.

ESOPs are difficult to unwind.

The unique structure of ESOPs make them incredibly complex to unwind or sell and/or to raise outside capital for an ESOP company. Unlike selling a closely-held small company, selling an ESOP company can be like selling a quasi-public company. ESOP participants have broad voting and information rights and trustees of an ESOP are required to "maximize shareholder value" — a difficult concept to prove in the sale of small business. If a single ESOP participant feels like any of the above requirements are violated, even a well conceived transaction can be derailed or squashed. A more detailed outline of these problems is available here.

ESOP companies must be valued on a regular basis in order to establish a value of the ESOP stock. These valuations establish a baseline that must be considered when evaluating an equity capital raise. If the valuation is too high (from the perspective of capital sources), it will be difficult to raise outside capital. If the valuation is too low, the ESOP trustees may face disgruntled ESOP shareholders, who face dilution from the new equity capital, opening up the trustees for risks described above. 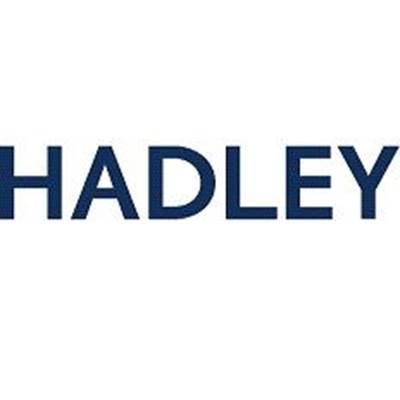 Hadley Capital was founded nearly 20 years ago specifically to invest in and grow small businesses. Since that time, we have completed more than 20 acquisitions, partnering with management teams, families and owner/executives to deliver results for our companies and investors.

Business Succession: Is an MBO or Employee Share Ownership Plan Right for You?