Does Your CEO Successor Have the Right Stuff?

Avoid these 5 candidate types when selecting a potential successor.

For many reasons, business leaders can find themselves at a loss when trying to identify a potential successor. Part of this could be due to the founder having started the business many years ago and building the leadership role around him/herself. Similarly, a particular business can be so synonymous with its founder that it’s difficult to imagine anyone else actually taking the company forward. Sounds typical, right?

What does this mean in practical terms when a business leader is in the process of seeking a potential successor to assume their role? Financial and transactional issues aside, ensuring that potential leadership candidates are truly CEO material is a key issue: one that often gets clouded by other matters, leaving the business leader in a state of confusion. Combine this with not allowing sufficient time to undertake the succession planning process and watch the desperation begin to appear. Suddenly, potential successors start to look a lot more ideal than they actually are.

Here’s the reality of the leadership role: CEOs require the ability to oversee a company across all functional areas, including administration, sales and marketing, finance, and products and services. They also liaise with various external parties, such as financial partners, customers and regulators. As a result, a CEO is not typically on the front line of delivering services; rather, they reside a level or two above the action so that they have the right line of sight to oversee all key areas and resources.

So, if you’re not sure who your successor should be, start off by understanding who the next CEO shouldn’t be. The following types of candidates typically don’t represent a good choice:

Some people work at their best on the front line, analyzing information, understanding detailed problems and perhaps working directly with customers. Their focus is narrow (i.e., departmental, as opposed to organizational) and they might even regard tasks that fall outside of their direct area of focus as an interruption or annoyance.

Although they often excel in their current role, these people, by their very definition, typically don’t make good CEOs. The reality is they lack the skills or interest to oversee a company across various functional areas and are at their best when working in a specialized area, such as product development, sales or technology. Lots of businesses make the mistake of promoting this type of person to a broader, more senior role than they can handle when they probably should have been left in their current position.

Taking the approach that being a CEO is all about being popular and liked is more common than expected. The reality is, CEOs often have to make tough decisions that won’t be popular, but are in the best interest of the company. Selecting a successor because he’s a great guy or people will like her isn’t a good approach. What a potential successor can bring to the role is what really matters, so don’t get caught up in polls and popularity contests.

Family businesses bring an added layer of complexity to the succession planning process and, if the goal is to have the company survive for the long-term, being a family member isn’t reason enough to be its next leader. Again, skills, experience and what is in the best interest of the business should prevail unless you want to be one of those companies that doesn’t last for generations.

4. Thinks the Product Is the Business

Although products and services are an important component of any company, they do not represent the whole company. In the absence of cash in the bank, the ability to invoice and receive payments from customers, a qualified sales force, reliable distribution, and sound operating systems, the product or service alone isn’t worth much — at least in relative terms.

Good successor candidates understand how a company as a whole operates and all of the pieces that are needed to operate a business, as opposed to just focusing on products and services.

5. Doesn’t Have a Long-Term Focus

Leading a company requires the ability to see not only where you are, but also where you are going. Real growth typically doesn’t happen in the short-term and, with business cycles fluctuating over time, a good CEO needs to have the patience and ability to ride it out and take the company forward. Potential successors who are not able to do this typically lack the long-term commitment and stability that are required in the CEO role.

Surprised by this list? The reality is that many business leaders don’t think about succession from this perspective. It’s usually more about "Who do I know?" or "Who is the best fit from what we currently have?" Instead, it’s best to take a more strategic approach and seek out candidates who really have the right stuff to thrive in the CEO role, now and well into the future. 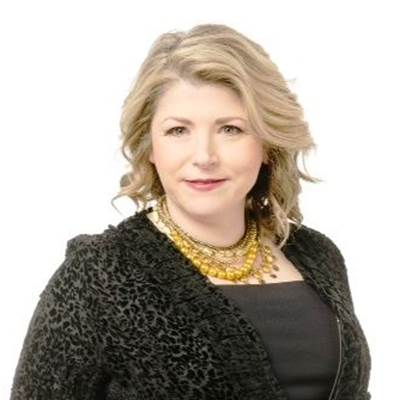 Kids Taking Over the Business? 8 Things to Consider

No Plan for a Succession Plan?