Few experiences in business are more harrowing than having a deal to sell your company fall apart. While the ups and downs of a deal are inevitable, having your transaction get permanently derailed is not.

When a deal crashes and burns, the repercussions on your business can be significant and long lasting. Company performance may suffer as management takes its eye off of day-to-day operations. Key employees get spooked and leave because of the anticipated change of control. The window of opportunity for selling your business may narrow, if not close all together. All of these outcomes can contribute to lowering the company’s eventual sale price.

There are some common reasons why deals falter. Understanding these deal killers can help you take the necessary steps in advance to assure that your deal doesn’t sink when it hits some rough waters.

The last thing you want to do during negotiations for the sale of a business is to lose credibility with the buyer. You want all of your buyer interactions to reinforce that you are on top of your game, as opposed to, it’s amateur hour.

Certainly, how sensitive buyers are to credibility issues varies from deal to deal and from buyer to buyer. However, for all buyers the momentum and excitement that has hopefully been built overtime can be quickly overcome by the number of red flags that emerge due to one or several of the following issues.

The good news is that most of these pitfalls can be proactively mitigated with solid preparation and advice.

Deals are all about timing and momentum. When a deal drags on and on, people lose focus and move onto other things; this is especially true with larger buyers who are actively seeking to complete a number of transactions in the same time period. When the key decision makers on both sides of the table are focused, you need to take advantage of having their attention and move the deal along quickly. You need to avoid having due diligence take an inordinate amount of time or having numerous drafts of the documents go between the parties and their lawyers because you’ll lose that momentum and once you lose momentum, deal fatigue kicks in and deals will not get done. Many a good deal has been lost or delayed because of inexperienced or over exuberant attorneys compelled to negotiate every detail, even when they are immaterial. See our recent blog on selecting a good M&A attorney to ensure you don’t experience this pitfall.

I recently faced a situation whereby we needed to either close by the end of the month or the deal would be pushed out at least 30 days, due to the buyer’s reporting constraints. There are a lot of things that can go wrong in 30 days such as your champion leaving the company, change in strategy/direction, or a shift in priorities. Therefore, you always want to keep the seller’s transactional team focused on resolving the critical path issues and not wasting time negotiating points that have limited impact on the seller. Similarly, in the case of financially sponsored deals where a platform investment company is doing an acquisition, make sure you have champions at both the acquiring company and the private equity group. In every case, whether it is a financial or strategic buyer, the board is going to have to authorize the deal, so make sure to maintain good visibility into the board’s support for your deal.

Many sellers, especially those who are selling a business for the first time, enter the process with naive expectations about a wide variety of issues that can eventually bring down a deal.

Sometimes deals buckle because of tax situations that come to light during due diligence. Taxes of all sorts-state sales and use taxes, payroll taxes, state income taxes, taxes owed for doing business in foreign jurisdictions–can cause problems. This list of potential problem areas continues to grow, as issues such as IRS Section 409A come to bear in M&A transactions.

Most recently, we seen several deals either go off of the tracks and/or require the seller to take on greater risk in the form of a larger escrow because of “off-balance sheet” sales tax related issues. The analysis of sales tax exposure is complex because each state has different laws and requirements. This has become more of an issue because State tax collectors have gotten more aggressive given budget shortfalls.

Generally speaking, buyers are always going to be extremely conservative when it comes to sales tax treatment, since the buyer inherits sales tax liability in both stock and asset purchases. These issues vary greatly from company to company so we can only give the broadest possible advice, which is to consult with your tax attorney and accountant well in advance of entering into the market. More specifically, you can have a qualified tax professional do a sales tax audit so you know if and where you might have sales tax exposure. Similarly, if you’ve based your position on why you have not paid sales tax in certain states, such as a manufacturing exemption, make sure you have the supporting documentation on file, such as copies of your client’s tax exemption certificates. This will go a long way in making the buyer more comfortable with your position. 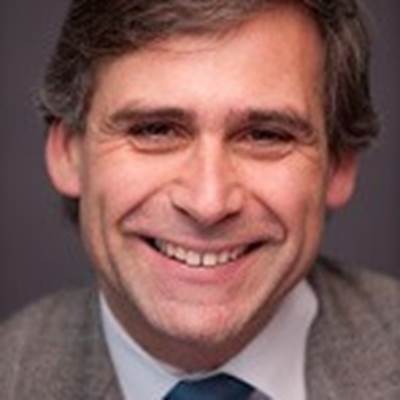