There are lots of acronyms to know in the world of divestments. EBITDA is one of the most important. Here's what you need to know.

EBITDA is an oft-used but controversial measure that cut its teeth during the leveraged buyout frenzy of the '80s. EBITDA is ubiquitous in financial circles and is regularly used to value businesses, compare companies within an industry, and set loan covenants. Although the metric is seemingly straightforward, it is a "non-GAAP" measure that requires care with its use.

It is a measure of operational performance and excludes impacts by non-operating expenses such as non-cash expenses (amortization and depreciation), interest, and taxes.

Read: The Top 10 EBITDA Adjustments to Make Before Selling a Business

How EBIDTA Is Calculated

EBIDTA is short for Earnings Before Interest, Taxes, Depreciation, and Amortization. Depending on your starting point, the calculation for EBITDA is as follows:

Where the definitions of the individual terms are as follows:

Read: EBIT or EBITDA? Sometimes the DA in EBITDA Really Does Matter

EBITDA is used in several ratios and calculations, but one useful metric is EBITDA Margin. EBITDA Margin is EBITDA as a percentage of revenue and can be interpreted as how much operating cash is generated for each dollar of revenue earned.

EBITDA Margin is regularly used for comparing companies in the same industry with a higher EBITDA margin being better than a lower one.

As the saying goes, necessity is the mother of invention, and the birth of EBITDA was no different. During the '70s, cable billionaire John Malone was fully aware that the key to future profitability in the cable business required scaling operations to control programming costs. However, he had to contend with both a problem and an opportunity.

During that time, Wall Street and many cable operators focused on net income and earnings per share (EPS) growth. John Malone's growth strategy was at odds with EPS growth because it required minimizing reported earnings and taxes to maximize pretax cash flow to fund organic growth and acquisitions. He found his solution by emphasizing cash flow to lenders and investors with the use of EBITDA.

EBITDA's popularity with investors as a measure of value continued to grow in the '80s and beyond. In the '80s, leveraged buyout investors used EBITDA to assess distressed businesses' profitability and gauge whether the acquisition targets could cover financing costs upon restructuring. During the dot-com heydey, EBITDA was a favored metric in identifying companies ready for growth but weighed down by heavy debt loads.

How EBITDA Is Used

Today, EBITDA continues to be valuable in evaluating a company's operating performance by business owners, investors, and lenders alike.

Business owners and managers use EBITDA to compare their firm's operating performance to competitors and industry averages. A strong EBITDA can help secure business loans since it provides information regarding debt servicing. Finally, a high EBITDA margin can court potential buyers by signaling the company has healthy cash flow and is likely profitable.

Investors use EBITDA as a quick metric to assess operations, compare a target against other investments within its industry, and get a feel for its valuation. Strong EBITDA but weak net profits might be a good acquisition target if the investor can restructure the target's assets and debt.

Read: Challenging How We Think of EBITDA

Although EBITDA is utilized throughout the financial landscape, one must understand the strengths and weaknesses of EBITDA or risk a misleading picture of a company's financial situation.

EBITDA can be a useful metric for gaining better insight into a company's finances, but care needs to be taken when analyzing. EBITDA is one piece to the puzzle, and multiple metrics are required to develop a full picture of a company's situation. 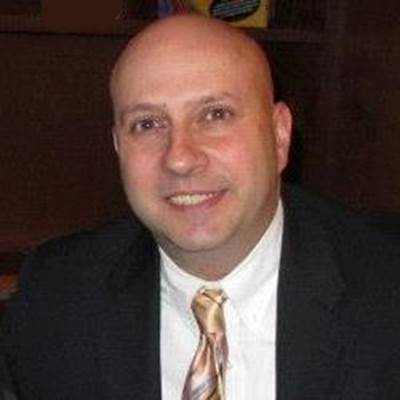 Chris Stavrou is a commercial development professional with a diverse background ranging from consulting to alternative investments and sponsored acquisitions funding. His responsibilities include commercial strategic planning, revenue management process improvement, and contract due diligence of strategic acquisition targets.

Chris received his MBA from DePaul University, focusing on Finance and SEV (Strategy, Execution, and Valuation). He also holds an MS in Computer Science from DePaul and a BS in Chemistry from the University of Illinois in Chicago.