Both Sides of the Table: The Seller Becomes a Buyer

Learn the perspective of a buyer from an entrepreneur who has experiences both selling and buying businesses.

I sat down with Tom Hendrickson, the founder and president of Mitre Media, an online financial media company focused on aggregating a sophisticated audience of high net worth retail investors and financial advisors, to get his take on how things look from both the seller’s and the buyer’s perspective, and what sellers can do to facilitate a smooth deal. In 2012, Mitre raised $8.6 million from a small group of investors and completed three acquisitions - ETF Database (February), Dividend.com (June) and MunicipalBonds.com (October).

What follows is an edited version of our conversation.

Disclosure: Tom and I were business partners in a previous company, but neither I, nor Divestopedia have any financial interests in Mitre Media.

CJ: You have an interesting set of experiences given that you’ve gone from being on the selling side of deals to now being an acquirer. What’s your biggest surprise so far?

TH: Being "on the other side of the table" has illustrated to me the power of objectivity. As a business owner, it is in our DNA to over-value our own business. No one understands the opportunities of the business better than the owner; therefore, the owner often ends up with a skewed sense of reality when it comes to underlying value. I’d say 80 percent of the entrepreneurs I’ve talked to over-value their businesses. I’m using robust valuation models, a large sample size and 10 years in this business to guide my analysis, but the entrepreneur often only knows his own set of circumstances.

TH: Yeah, there is only one Zuckerberg…

Your audience is likely reading this because they own a business and are contemplating potential exit scenarios. One factor on both the buy and sell side is the need to establish credibility early and often. Hopefully, the story of Mitre is starting to develop some credibility, as we’ve done a few deals and hope to do more, but it is hugely important for the seller to do the same when discussing a transaction.

For the seller, part of establishing credibility is living in the real world and understanding valuation. Know the market multiple for your business and the range within which other transactions have occurred. Be prepared to know what comps are out there and don’t use any one outlier as justification for a particular valuation. Of course, valuation is never an exact science - the range can be wide. But it’s like Buffett says, valuation is like gravity, you can’t escape it.

In addition, while a multiple is one thing, credibility can also be built via realistic growth rates. There hasn’t been a business in the history of the world that grows at a rate of 20 to 30 percent forever, so if you put that in a model, it’s a red flag for buyers and it harms your credibility.

CJ: Tell me about the deal process from your end.

TH: An old colleague deemed it "kissing frogs." You need to talk to 25 to 35 sellers to close a single deal. It’s a lot of work for the buyer. As an entrepreneur, I’d heard the stats about how few deals close, and I guess I never realized the flipside. Buyers are investing significant time and resources and there is an opportunity cost.

I’m not so sure our process is different from other buyers, but the funnel starts with the list of all potential targets and gathering as much info as is publicly available. Then we’ll do a first call, often a few follow ups, NDA, data request No.1, data request No. 2, an in-person meeting, then potentially an LOI.

CJ: What data should sellers expect to give (and at what point)?

TH: That’s a tough one in terms of finding the right balance. Again, back to the idea of credibility, sellers need to establish credibility by being candid and honest. However, given it’s human nature to enjoy talking about ourselves, owners often give up too much too soon. There is a balance between credibility and showing your hand. Don’t give up too much info until after you sign an NDA, but be prepared to open up enough so that the buyer understands the business case from a high level. This should be clear prior to the LOI, so there needs to be enough data there. Post-LOI is accounting and legal procedures, which means basically everything. There should be no big surprises post-LOI.

Also, remember how the seller might use info later on in the process or in the industry. It doesn’t help you to be tossing out figures left and right in a preliminary phone call.

CJ: What should owners expect during due diligence?

TH: I think most understand that at this point you’ve done your business diligence, valuation, etc. The way I go into this is thinking "What do you not want us to find." It’s the skeletons in the closet we’re looking for, so while you can break this broadly into accounting, legal and HR, be prepared for everything.

The iceberg risk for me as a buyer is in the depth of the contracts. Even worse is the stuff that doesn’t have much of a paper trail. Like some former shareholder who comes down the road and claims he had promises of equity. I haven’t done my job if I don’t understand the business ramifications at this point.

CJ: When has it broken down for you at this stage?

TH: I can think of one situation where the seller was hiding something and then we found it. It becomes a communication snowball. The more you withhold upfront, the worse it gets. This gets back to the question of when to give data. Sellers shouldn’t give it all up right away, but they do need to share the material stuff by LOI. When I’ve found something in diligence, I immediately wonder what else they are hiding. It’s similar to credit at the bank - you ask yourself if you even know this guy. Once that trust has been broken, there is no way I can work with the seller, regardless of the deal.

CJ: Is the emotional side of a deal different when you are the buyer?

TH: Yes, I think it’s easier for the buyers to stay unemotional. I see sellers get very emotional at the LOI stage. Remember, any LOI is non-binding!

Emotions are the tool that puts an entrepreneur on the path to have to do something. It’s easy to start bending your model, but then an aggressive buyer might break it down to an unrealistic earnout.

CJ: How can sellers help ensure that a deal is closed?

TH: I’ve mentioned credability. Another related issue is transparency. I don’t think you can over-communicate. Second, ask as many questions of the buyer as they ask of you. In my experience, I’ve often been asking 90 percent of the questions, but with the deals that work out, the seller has been interviewing me as much as the other way around.

CJ: Any last tips for sellers?

TH: As soon as you have to do the deal, you are done. Both parties always need to be able to back away. Although this applies to both the buyer and the seller, I think it’s harder for the seller because of the emotional issues we discussed.

If I could leave business owners with one message, it would be to not back yourself into a corner and have to sell.

CJ: Thanks for your time. 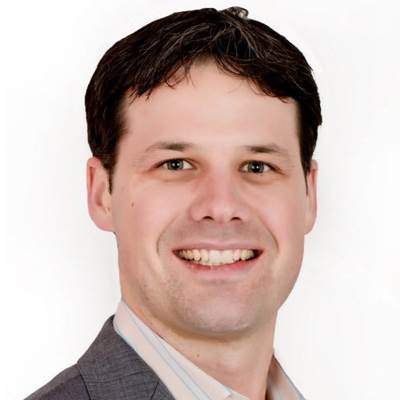 There Are Lots of Buyers. That's Great, Right?

Why Do Deals Fall Apart? - An Advisor's Perspective (Part 3)