Valuations may be massaged, but you'll rarely have a company pay you today for what your company might be worth in five years. Convertible bonds can help you bridge that gap.

While there are official ways to value a business for tax or litigation purposes, there is no valuation "standard" when it comes to selling businesses. As the cliché goes, a business is worth only what someone is willing to pay for it.

Whether an owner is parting with just a portion of equity to raise finance for growth or is selling the business in its entirety, buyer and seller need to agree on valuation of the business before the transaction can complete. However, the value that founders attribute to their business is generally based on their own optimistic vision of where the business is going and the profit / cash flow the business is destined to generate. Investors, on the other hand, take a far more conservative view. They prefer to base valuations on hard facts — the company's historical performance rather than some rose-tinted view of the future.

This lack of agreement on fair market value (FMV) is what ruins most negotiations. Founders walk away without the finance that could drive their business to new heights; investors end up with time wasted chasing rainbows (not to mention cash sitting in the bank earning derisory interest instead of being invested for growth).

So how can buyer and seller find a halfway house that accommodates investors' reluctance to value businesses based on projected future performance while at the same time catering to founders' demands that their business is valued based on the larger profit they are convinced will materialise in due course?

Enter a relatively new form of financing that has been growing in popularity over recent years.

The Name Is Bond, Convertible Bond

In its simplest form, a convertible bond — convertibles are also referred to as notes or convertible debt — involves investors putting up the finance now, but advancing it in the form of a loan that is converted to equity at a future date (based on the valuation at that date).

The advantage for the founders is that they are in an even better position to drive growth given they've sacrificed neither shareholding nor control. If their confidence turns out to be merited the loan converts to equity at a future point in time when the business has demonstrated the growth and cash flow required to command a higher valuation.

The investors benefit, too. As the finance is in the form of a loan, they are not taking a chance on the owners reaching profit targets. If targets are met, the loan converts to equity; if the targets aren't met, investors are protected as they stand in the shoes of lenders rather than equity holders.

The key elements of a convertible note include:

Investors value Acme, Ltd., at 10 million (5 x its annual profit of two million) and are willing to provide one million in finance for 10% of the equity. The founders believe the valuation is far too low as the company has valuable intellectual properties and is on the verge of a major market breakthrough that will triple profitability within 24 months.

The solution: Investors provide one million in the form of a loan at 6% interest accruing (i.e., not paid in cash). At maturity (24 months), the founders have indeed tripled the profits to six million a year. This places the company's value at 30 million, using the same multiple as before. The investors' original loan together with the interest now stands at about 1.12 million, which converts to equity based on the entire company now being worth 30 million.

Analysis: The investors get just under 4% of the equity rather than the 10% they targeted originally, but they are happy as it's 4% of a much larger business. They did lose out on the phenomenal increase in value of the business; that's the price they paid for not taking a gamble on growth. The founders benefited from having access to the financing when they needed it and without giving equity away at a price that did not take into account the anticipated increase in earnings.

This is an over-simplified version of how it works in practice. In reality, the loan converts at a slightly preferential rate to reward the investors for believing in the founders' projections and taking a chance on them. These investors would likely get about 5% of the equity rather than the 4% mentioned above.

Multiple rounds of convertible debt — with small investments from various angel investors — can really muddy the water and impact on future approaches to institutional investors for further rounds of financing.

In the UK, convertible notes don't qualify for tax reliefs under the Enterprise Investment Scheme (EIS) or the Seed Enterprise Investment Schemes (SEIS). This is a major disadvantage as early stage investments in the UK are heavily influenced by these two schemes. The Chancellor announced in 2014 that the policy relating to EIS and SEIS tax reliefs for convertible debt were under review. However, budget related announcements in 2015 suggest that any plans for change have been shelved.

There is often ambiguity in notes that founders need to be cautious about. Lack of clarity on whether the note converts at pre-money or post-money basis is one of them. There's also much jargon — "full-ratchet", "overhangs", "drag/tag along rights" etc.

No founder should enter into convertible debt arrangements without professional advice. Drafting of the documents is key and it's worth paying for the right legal expertise. 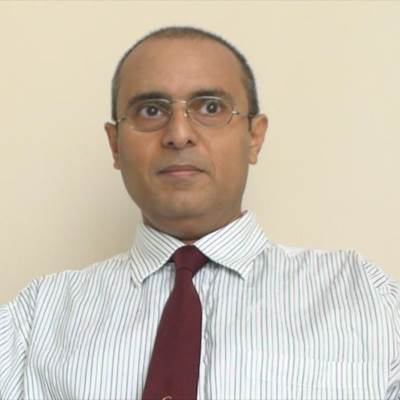 Clinton is the founder of The Exit Firm, a UK M&A consultancy that advises business owners on their exit options and connects them with the right professional expertise to help them achieve their exit goals.

Prior to starting this consultancy, Clinton’s entrepreneurial career spanned over three decades and included building, buying and selling of over two dozen businesses.

Now based in the UK, Clinton originally studied accountancy in India as an undergraduate and attended Virginia Tech in the USA for an MBA in finance.

Areas of Expertise: UK-based private companies with turnover of up to £10M.

Increase Your Company Debt? Why Not, It May Be an Option to Selling