To Sell Your Business, Start With the End in Mind

Charles Smith outlines why it's important to start the exit with the end, rather than the other way around!

The world of mergers and acquisitions (M&A) is filled with sale transactions of middle market and lower middle market companies at prices well below what the companies would have been worth had the owner operated it with the intention to sell it from the beginning. Entrepreneurs make innumerable decisions along the way that did not maximize the value of the company in the eyes of its potential purchasers.

Decisions regarding choice of target market, customer concentration, R&D spending, hiring, compensation, succession planning and systems are made that are expedient, easy, cheap or that simply didn’t look forward to a time when the owner would step down. Had the sale of the company always been planned for, most owners would have made certain decisions differently and worked to position the company as a leader in its field, ready to become a platform company for a private equity firm that could grow it through acquisition, using its structure as the foundation upon which they would build.

Regardless of how rational we believe we are, humans are subject to the whims of emotion. A recent article, Shopping Your Science,outlined research that showed that people make purchase decisions using the primitive pleasure and pain centers in our brain. With current brain scanning technology, we can see the center of the brain that lights up when an attractive object is shown to them. We can also see the pain center light up when a high price is shown. But comparing the size of the pleasure center with the pain center, researchers could predict whether the subject was inclined to purchase the object. What they concluded is that all decisions, even purchase decisions, are emotional.

We can extend this pleasure-to-pain ratio to financial decisions by private equity groups (PEGs). If we have not prepared a company for sale, they perceive pain in the remaking of the company, with the associated uncertainty, effort and stress that go into rebuilding the company.

It's All About Culture

One of the things we have learned in mergers and acquisitions is that it is very difficult to transfer the culture of one company to another as outlined in the article, Acculturation in Mergers and Acquisitions. The 'culture' is the way the company thinks, its values, how it does things, how it collaborates, who it hires and how it rewards. It is the summation of all its attributes. Thus, those innumerable decisions that went into building your company are the determinants of your company’s culture; it's your secret sauce.

The culture of your company is the glue that binds it all together. If the company has critical mass, the culture endures after you are gone. Once established and codified in your human capital (HR), relational capital (sales/customers/suppliers) and operations policies and procedures, your culture continues after you exit. This is the part of the company that entrepreneurs commonly don’t build and the part of enterprise value they don’t obtain upon sale. Instead, entrepreneurs commonly sell the value of their customer relationships (relational capital), and likely they have pulled in some talented people, but have not created depth on the bench with succession plans for each key person, or created a talent acquisition and talent retention infrastructure that self-perpetuates.

As a result, a PEG has a lot of work to do before the company becomes a real platform upon which they can grow both organically and through acquisition.

The question is: If succession planning and the creation of a self-sustaining culture are so important to the creation of the enterprise value of the company, why don’t entrepreneurs focus on it more intensely?

The answer, of course, lies in the murky world of psychology.

It's in the Psychology

Psychology is more important to M&A and exit planning than most entrepreneurs grasp. Humans are averse to certain thoughts, and among those are the aging process, failing health and death. Intellectually, we understand that we will get old, have health problems and pass. But understanding something intellectually is not the same thing as understanding something emotionally. Our minds and our hearts often do not understand each other, even if they attempt to communicate—which they commonly don't. We have seen privately held business owners never plan for their retirement or hire and train their successor for taking the helm of the company. The consequence is often deleterious if not disastrous to the value of the company and those whom depend on the owner. Key man risk is all too common and is fundamentally a failure to conduct succession planning, which is central to building a company of enduring value.

The solution to maximizing the value of your company in a mergers and acquisitions transaction lies in conducting appropriate exit planning. By this we mean turning the company into a self-perpetuating going concern. We do not mean tax planning for yourself or your estate, or anything unrelated to the company. Our focus is entirely on creating shareholder value. Taxes are a high class problem we let other firms worry about.

If your company is established, regardless of how small or large it is, you will benefit from planning for your own succession and conducting exit planning. 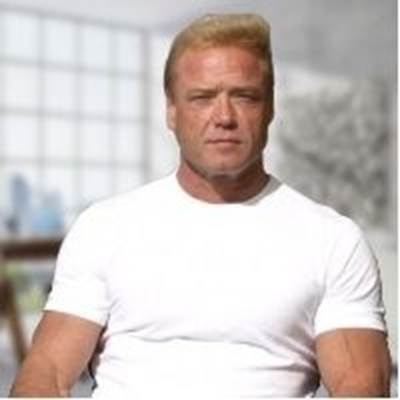 No Exit Plan, But Need to Sell