Takeaway: Examining the pitfalls of a proprietary deal from the seller's viewpoint. Even if a seller deals with a single buyer, he or she is well-advised to get good financial and deal advice.

What is a Proprietary Deal?

In a recent conversation with a partner in a private equity firm, he mentioned that a recent deal had been a proprietary deal. I had not heard the term before, so I asked what he meant. When he told me, I was already familiar with the concept, just not the term. I learned that proprietary deals have some or all of the following characteristics:

I have had the opportunity to work with many sellers and buyers, quite a few of which were public entities. When our firm represents sellers, we (almost) always suggest that some form of an auction process be employed. Price may not be everything in a particular deal, but it is best to negotiate the other deal issues with potential buyers who are already offering a reasonable, or even unreasonable, price.

Auctions are designed to get the highest available price in the market at a time when a company is in the market. When investment bankers look at the financial fairness of deals in rendering fairness opinions involving public companies, they must examine not only the pricing and terms of a negotiated deal, but also the process through which it was developed. Based on their analyses, financial advisors develop fairness opinions which conclude that deals are fair from a financial point of view. It is important to note that a fairness opinion reaches a conclusion of fairness from a financial point of view from the viewpoint of a particular group or groups of shareholders.

To be fair, from a financial point of view, the agreed upon price/terms must be evaluated in the context of the process through which they were developed. If there is a single bidder for a company requiring a fairness opinion, the financial advisors must convince themselves that, in spite of the lack of active marketing (or an auction process), the financial advisors should determine (analytically or otherwise) that the price being offered is in the range of what I call preemptive pricing.

Preemptive pricing is normally associated with high-ball pricing to attempt to keep other competitors out of a market. Preemptive pricing has a corollary meaning when talking about the acquisition of businesses. A preemptive offer is one that should clearly be at least in the range of likely prices to be obtained in an active auction process.

In terms of fairness opinions, preemptive pricing in single-buyer deals is pricing in a range that the financial advisors believe, based on their analysis and experience, would likely have developed if an active marketing or auction process had been employed. Investment bankers and financial advisers attempt to determine this range of pricing through analytical processes and through the application of market knowledge.

What About Private Market Deals?

Why do I talk about fairness opinions and fairness from a financial point of view? Because private company owners should think in terms of fairness (to themselves and to their fellow shareholders), as well, and consider the likely price and the expected process if they become involved in a proprietary deal.

The reality is that in proprietary deals, preemptive pricing is exactly what the buyers are attempting to avoid.

John Warrillow, author of Built to Sell, warns sellers about proprietary deals, noting a number of likely results from not engaging in a fuller process with the benefit of appropriate financial and deal advice. He notes:

"Falling victim to the proprietary deal is easy. You get approached by a partner in a PE firm or a senior person from a big company in your industry you know and respect. They shower you with compliments about your business, invite you to a fancy lunch and then ask if you’d consider selling. Once you agree to a conversation, they convince you there is no need to involve an advisor to represent you – why pay the money, they’ll say, to some guy or gal who has done nothing to help you build your business – we’re friends after all.

But becoming the mark in a proprietary deal is much more expensive than having your wallet pick pocketed by a street crook."

He then goes on to state the following (in bold), with added comments from me:

Although Warrillow doesn’t say it in his short post, the probability of one or more of these things happening in a proprietary deal is greatly enhanced if the seller does not have competent financial and deal advisors. If a sole buyer advises you (or your client) that you don’t need to hire a financial advisor because that would only confuse their friendly negotiations with you, run, don’t walk, to hire one! The presence of a competent advisor raises the prospects of future marketing and decreases the probability of a single buyer being able to take advantage of the process that they created.

Balancing the Scales and Putting the Wrapper on Proprietary Deals

If you are approached by a single prospective buyer who wants to deal exclusively with you (or your client), take a few minutes and enjoy the flattery. Then rush out and find an experienced financial advisor to work with you. Advisors' charges will vary, but, depending on the size of a deal, will range from less than 1% of a transaction price to 3% to 5% for some deals (or even a 10% brokerage fee for very small businesses).

If these fees seem expensive, just know that buyers who seek proprietary deals are looking for price advantages that begin at 10% less than competitive pricing and rise from there. Hiring an experienced financial advisor will balance the negotiating scales for you.

Your financial advisor, even in a proprietary deal, can simulate a competitive process and provide the very real threat of walking away and engaging in an auction process. Sometimes, the right buyer comes to the table first. They won’t leave if you hire a financial advisor. After all, if they can succeed in keeping other buyers away, even if they have to pay a competitive price, their odds of completing the deal rise from very low (in an auction) to very high in your assisted proprietary deal with them.

"At first blush, negotiating on your own with one buyer can look simpler. Life is short after all and you might argue it’s better to make a quick sale to a friendly buyer even if you leave a few bucks on the table. But the illusion of the easy deal can quickly turn into what amounts to a one-sided swindle." 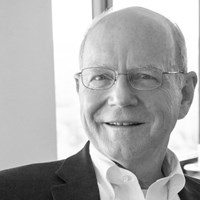 Chris founded Mercer Capital, in 1982 and has grown it to become one of the largest independent business valuation firms in the nation. Chris is also a baby boomer and, as such, is in the process of transitioning ownership and management of the firm.

The Top 10 EBITDA Adjustments to Make Before Selling a Business
The One Secret Ingredient For a Successful Exit
Video: What Is Goodwill?
Video: Exit Options for Business Owners Who Are Thinking of Selling
Flirting with a Single Buyer for Your Business
Seller Beware! Top 12 Mistakes to Avoid When Selling a Business